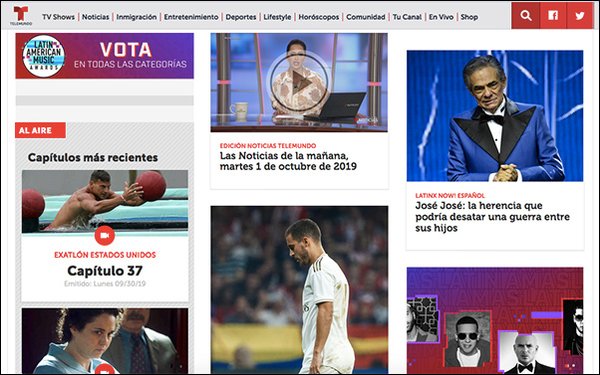 Telemundo is
challenging Univision’s U.S. dominance in the 2018-2019 season.
The Comcast-owned network says it is headed for first place in weekday prime-time among the key adult 18-49 demo, as well
as adults 18-34, according to Nielsen. That slots Telemundo as the No. 5 network in prime, alongside NBC, ABC, CBS and Fox.
Streaming on the Telemundo app also soared. It’s up 130% from
last year, propelled by two shows: “La Reina del Sur” and “Betty en NY.”
(“La Reina del Sur” is the top-performing Hispanic series on VOD, while
“Betty” generated more than 3 billion engagements cross-platform, according to Telemundo.)