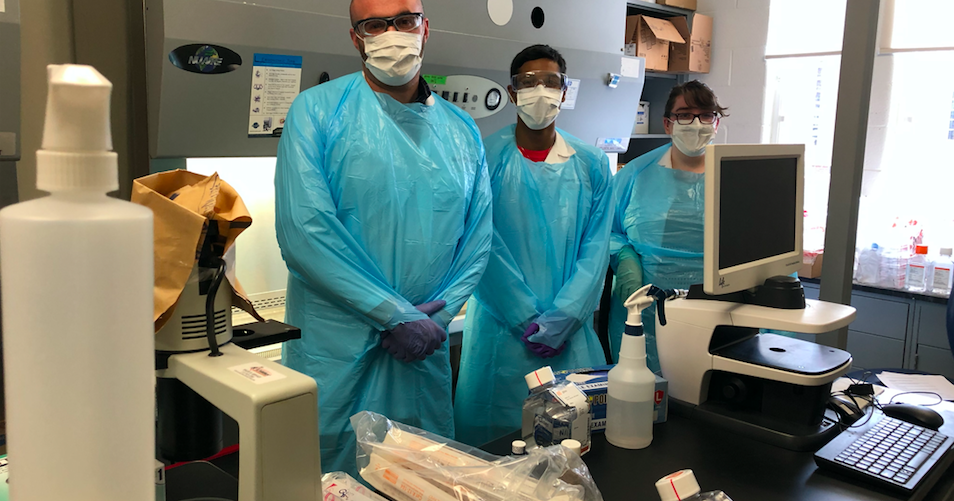 "We've learned quite a bit about the manufacturing process of these things," Robinson said. "But it's one thing to learn about it and it's a completely other thing to get hands on and do it, to be able to see the intricacies that go into (it). It's a large production line that we're doing with four people."
The group already has filled more than 6,250 test tubes with VTM. The group set out to produce 10,000 units but it has the capacity to produce 18,000 – and likely will. The VTM components are being used within the Jefferson Health system, which is testing about 700 people a day.