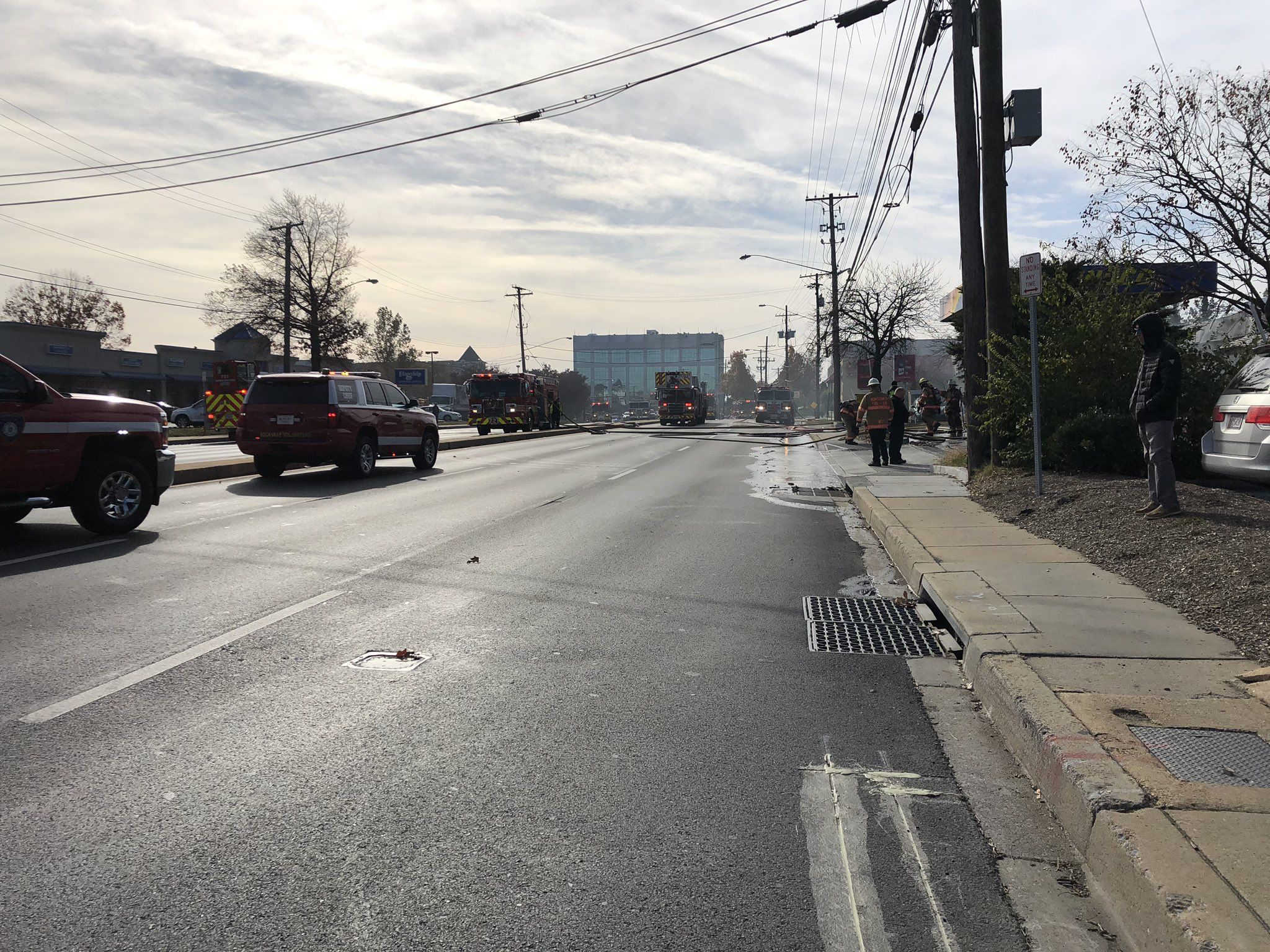 Part of Rockville Pike in Rockville, Maryland, was closed for nearly three hours after a two-alarm fire at a gas station sent smoke into the air that was visible for miles.
The Sunoco gas station on Hungerford Drive (Route 355) in Rockville caught fire around 10:15 a.m. Friday. Montgomery County Fire and Rescue said that 85 firefighters responded in all, and that all workers at the station were evacuated and accounted for.
The road was closed between Montgomery College and downtown Rockville Town Center.
The fire was out as of about 11:40 a.m., and the road gradually reopened in the early afternoon.