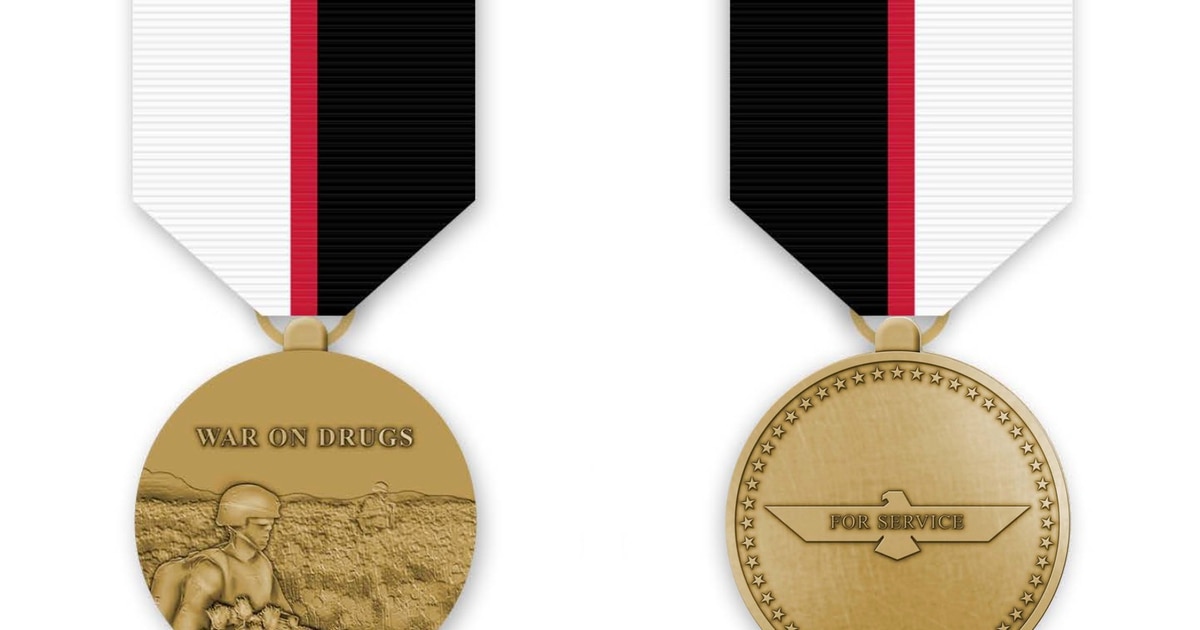 A Texas State Guardsman has created a War on Drugs service medal
A mock-up of the proposed War on Drugs service medal (Courtesy Thomas Marriott)
You can get an award for practically everything in the military, but member of the Texas State Guard thought it odd that the War on Drugs hasn’t been considered a military campaign ― so he created his own medal, and he’s trying to take it all the way.
Thomas Marriott, an Austin-based entrepreneur and 2nd lieutenant in his state’s part-time paramilitary organization, has petitioned the president to issue an executive order establishing the War on Drugs Service Medal for all federal and state military service members who have supported a counter-trafficking mission.