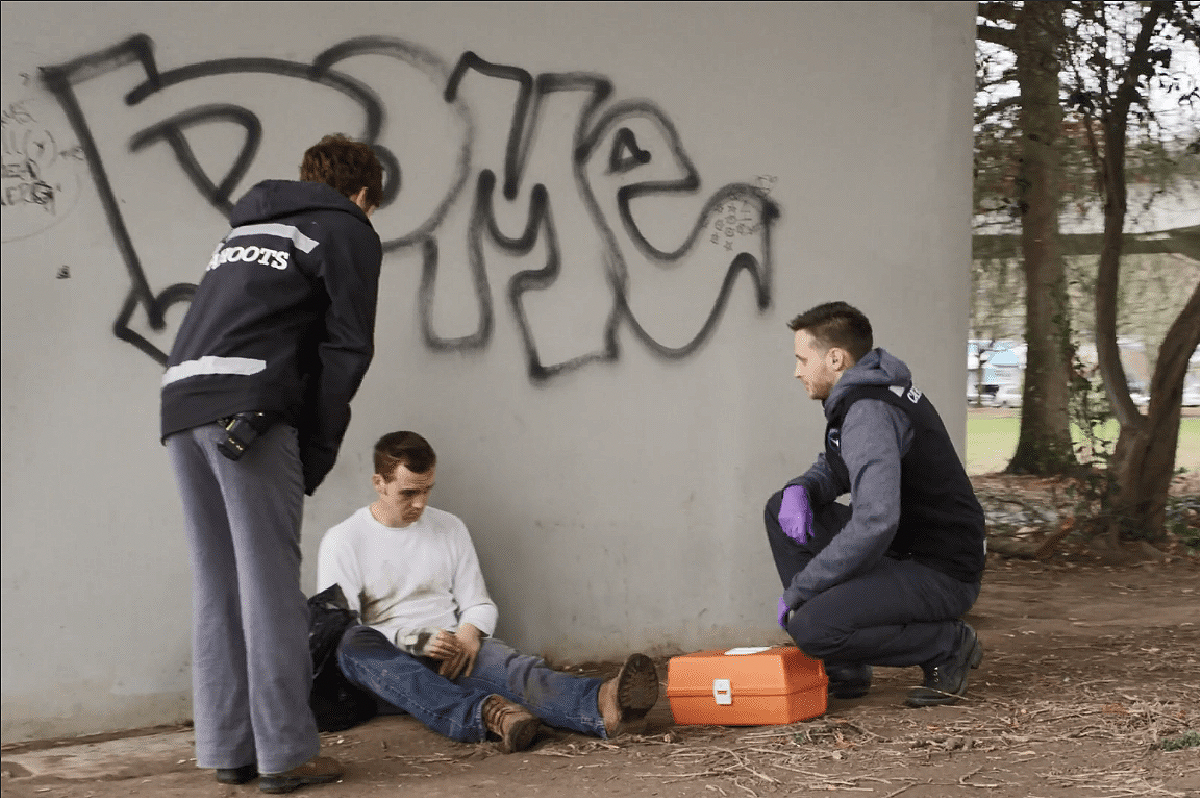 By Kylie Gordon
In the wake of George Floyd’s death under the knee of a Minneapolis police officer, and the shooting of Breonna Taylor in her home by Louisville police earlier this year, Bay Area residents called for reinvigorated conversations about police reform in their local communities, and cities responded with resolutions and value statements committing to racial justice and equity.
A medic and crisis worker from CAHOOTS, a mobile crisis intervention program out of Eugene, Oregon, assist a resident in need. CAHOOTS was designed as an alternative to police response for non-violent crises. (Image credit: Courtesy Tim Black, CAHOOTS)