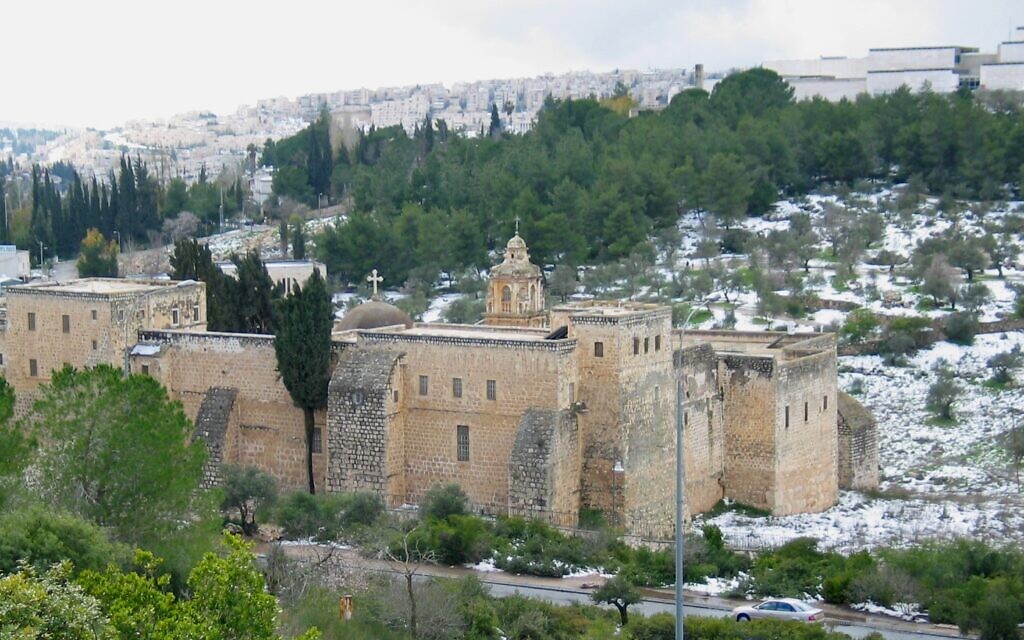 The Israel Museum, Jerusalem, 2010 (Courtesy Timothy Husley)
It was by chance that Israel Museum director Bruno found out about the planned light rail station, during a presentation from the municipal company about a different city project.
“I saw something on the side of the presentation and asked what it was,” said Bruno. “They said, ‘Oh, that’s the Golden Line, that’s just about confirmed.'”
He noted it as something to follow up on, and soon after, he and Yitzhak Molcho, the museum’s longtime director of the board, noticed signs posted on the valley’s olive trees that referred to upcoming planned construction.