'Jacob's Ladder,' a Chagall stolen from Tel Aviv gallery in 1996, is up for sale 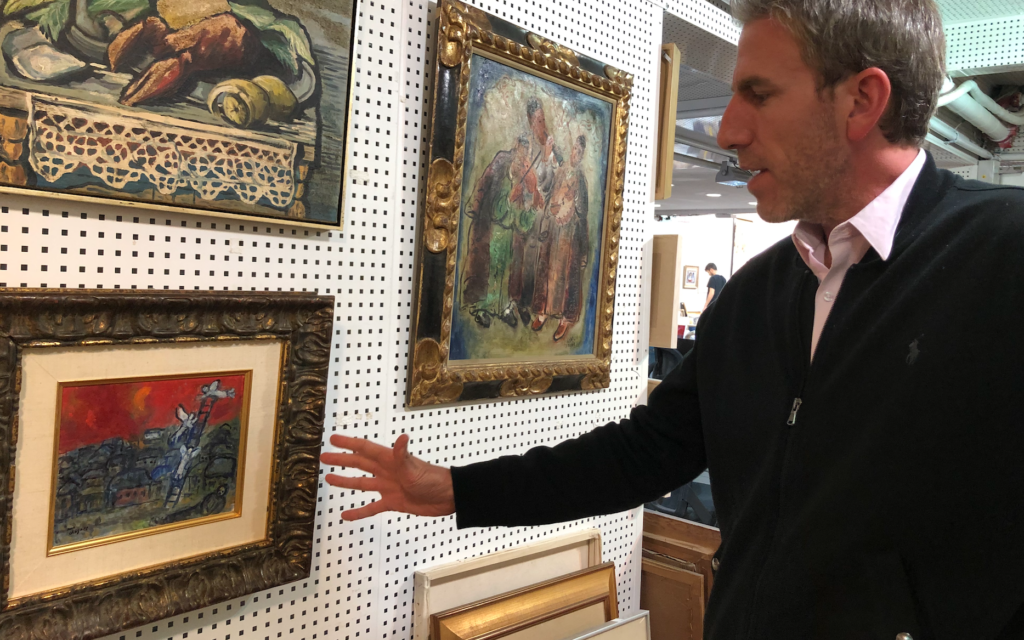 Jessica Steinberg covers the Sabra scene from south to north and back to the center.
Amitai Hazan Tiroche with the long-missing Marc Chagall painting, 'Jacob's Ladder,' which will be auctioned on January 25, 2020 at the Tiroche Auction House (Jessica Steinberg/Times of Israel)
When Amitai Hazan Tiroche picks up his hammer on January 25, the third-generation art auctioneer will be selling dozens of Israeli artworks, including a long-missing Chagall oil depicting the biblical Jacob and the angels’ ladder of his dreams.
The 22×27 centimeter (8.7×10.6 inch) depiction of the biblical story was painted by Chagall in deep, dramatic colors around 1973, when Israel was fighting and then recovering from the Yom Kippur War.