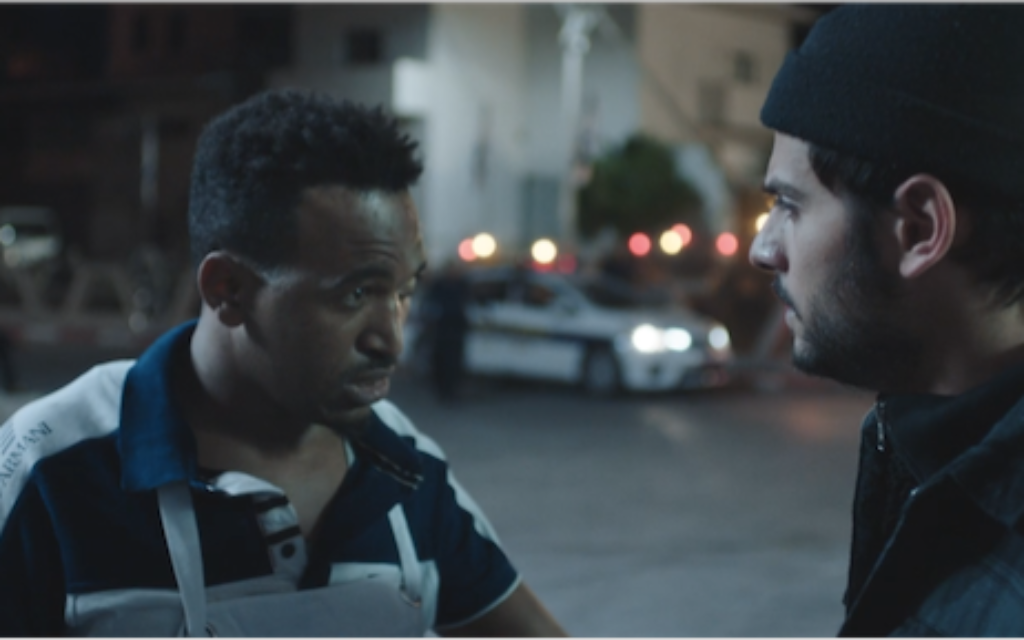 Jessica Steinberg covers the Sabra scene from south to north and back to the center.
When filmmaker Tomer Shushan won the Grand Jury Award at the South by Southwest Festival for “White Eye,” his 20-minute narrative short about migrant workers in Israel, he wasn’t there to receive it.
No one was — as the annual Austin, Texas festival, scheduled for March 13-22, was canceled due to the coronavirus crisis.
The jury still chose its winner: Shushan’s short, which is based almost entirely on an event that happened to him.
It tells the story of Omer (Daniel Gad), a Tel Aviv millennial who unexpectedly discovers his previously stolen bicycle locked up on a Tel Aviv street. He tries to break the lock, soliciting help from nearby passersby. He calls the police, but they won’t help him since he never filed an official complaint.