Courtesy tommy : Live Updates Every Minute from 25K+ News Agencies Across the Globe 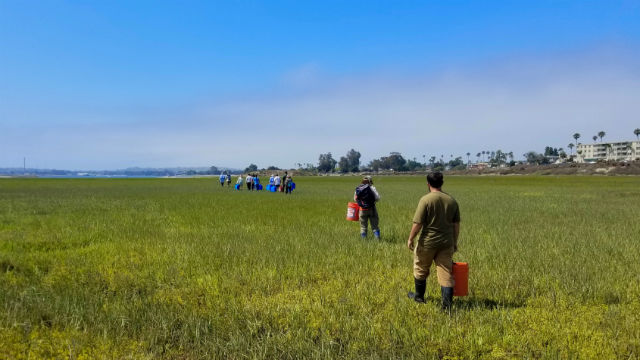 Times of San Diego
Open Search
Print
Volunteers prepare to release endangered Ridgways rail birds in Mission Bay in August. Courtesy Tommy Hough
A pair of studies released last fall from the Cornell Lab of Ornithology and the National Audubon Society detail a calamitous decline in worldwide bird populations, and the increased threat of extinction to hundreds of birds due to our warming climate.
According to the Cornell study, North American bird populations dropped 30 percent over the last 50 years, with 2.9 billion fewer birds alive now compared to 1970. To put the enormity of those numbers into perspective, consider the warblers at your bird feeder, the Cooper’s hawk you and your family see in our local canyons, or the brant resting in flotillas in Mission Bay or along the Chula Vista bayfront. Now take away every fourth bird you see. That’s how devastating the results are in these new extinction reports.