Narayan achar : Live Updates Every Minute from 25K+ News Agencies Across the Globe

Kodagu limps back to normalcy after nightmare of floods, landslides 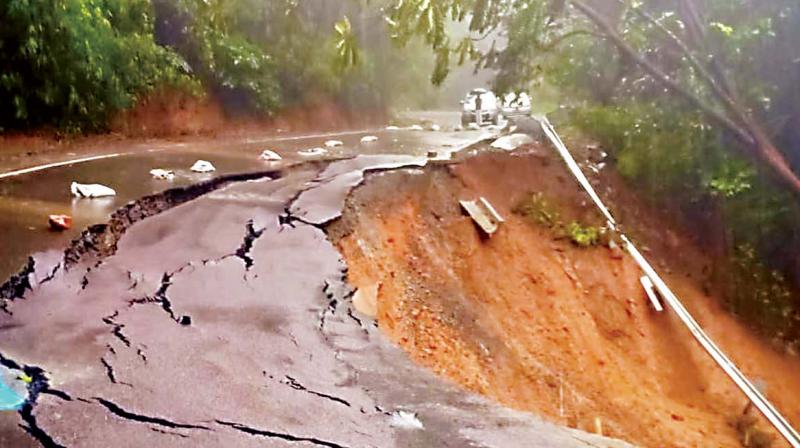 Madikeri: Landslide at Talakaveri - Two bodies untraceable after 12 days
Tue, Aug 18 2020 02:58:42 PM
Daijiworld Media Network - Madikeri (SP)
Madikeri, Aug 18: After torrential downpour caused landslide in Brahmagiri hills near Talakaveri, five persons were buried alive after their house and belongings were destroyed by the huge mound of mud and filth which came crashing down. Even though 12 days have elapsed since the incident happened, bodies of two have not been recovered so far.
Chief priest of Talakaveri, Narayan Achar, his wife, Shantha, brother Anand Teertha, and two assistant priests Ravikiran and Srinivas, had gone missing after the tragedy. Three bodies have been found so far. Over a 100 personnel from National Disaster Response Force, State Disaster Response Force, fire brigade and police personnel have searched the area relentlessly with the help of machines.

Madikeri:Â Talakaveri landslide - Bereaved family members engage in feud for funds
Mon, Aug 17 2020 11:01:46 PM
Daijiworld Media Network - Madikeri (SP)
Madikeri, Aug 17: Due to the landslide at Brahmagiri hill, the entire family of Narayan Achar, chief priest at Talakaveri temple, was decimated last week. The government has since disbursed compensation to the family. But now, the family members, instead of grieving, have begun to fight over the money. The family of Narayan Achar is now witnessing skirmish over the money.
Priest Narayan Achar, his wife, brother Ananda Teertha Swamiji and two assistant priests had died in the tragedy. Now the fight over the compensation has begun between two daughters of Narayan Achar and his elder sister Susheela.

Another Talacauvery priest's body recovered from Brahmagiri amid downpour in Kodagu 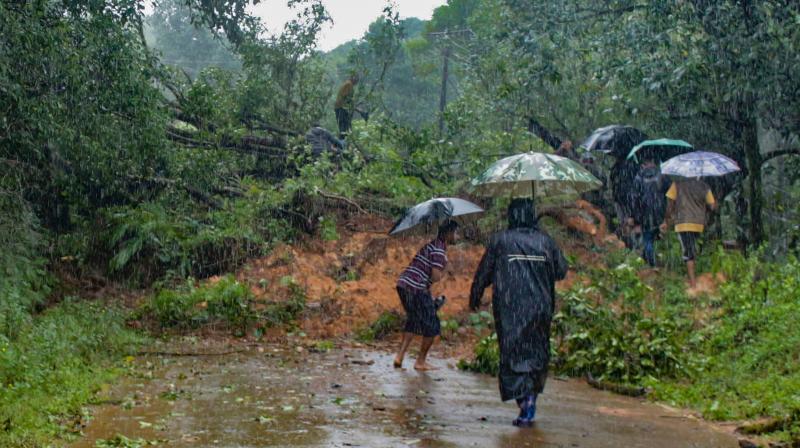 Madikeri: Brahmagiri landslide - Priest's cars found buried 60 feet under
Tue, Aug 11 2020 02:33:37 PM
Daijiworld Media Network - Madikeri (SP)
Madikeri, Aug 11: Natural Disaster Response Force (NDRF) team has been working strenuously to find out the people who went missing after Brahmagiri hill suffered a landslide and came crashing on their house. Now, two cars belonging to missing chief priest of Tala Kaveri, Narayan Achar, have been found.
NDRF, SDRF, police, and firemen have been searching for the missing family members since Tuesday morning. A Renault Duster and a Maruti Omni van, both of which reportedly belonged to Achar, were found. Both the cars have been completely mangled.

Madikeri: Floods wreak havoc - Human interference in nature blamed
Mon, Aug 10 2020 11:05:52 PM
Daijiworld Media Network - Madikeri (SP)
Madikeri, Aug 10: Due to the huge landslide which happened at Talakaveri on Wednesday last week, chief priest of Talakaveri temple, Narayan Achar, and four others lost their lives. The environmentalists have blamed excessive human interference in environmentally sensitive areas for the phenomenon.
In August 2019, a huge crack had appeared in the ground over the Brahmagiri hill, Talakaveri. The crack later extended to the 'Kundike' area where River Cauvery emerges.
The district administration had sought a geological survey of India report. It was said that the small crack which had appeared on the surface of the slope on the hill had expanded into a minor landslide. A few trenches were dug by the forest department to which parallel connections are given. It had been suggested to close the cracks by filling them. But no steps were taken to do that. In September last year, sand-filled into the cracks. Landslide at Tala Kaveri - Youngsters from Bantwal, Kasargod missing
Fri, Aug 07 2020 11:48:46 AM
Daijiworld Media Network – Bantwal/Kasargod (SP)
Bantwal/Kasargod, Aug 7: In the landslide which happened at Tala Kaveri, Kodagu district, two persons, one from Bantwal taluk and another from Adoor in Kasargod district, have also gone missing. They are Ravikiran (23), son of Ramakrishna Rao from Kallige Kannarpady in Bantwal taluk, and Srinivas Paddillaya (33), son of the late Laxminarayan Paddillaya-Satyabhama couple from Adoor Kayartimoole.
Ravikiran and Srinivas were serving as assistant priests alongside chief priest of Tala Kaveri temple, T S Narayan Achar. In the tragedy, Narayan Achar, his wife, and Narayan Achar's brother Anandateertha, have also gone missing. All of them are suspected to have got stuck under the heap of mud. 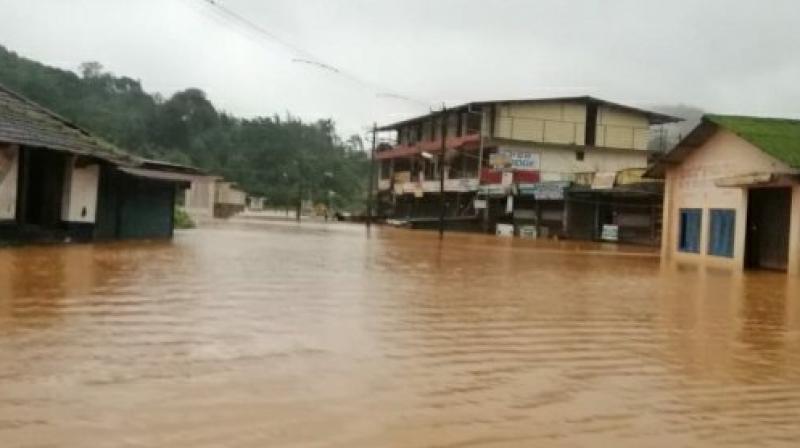 Massive rains trigger landslides in Karnataka's Kodagu district
Updated Aug 7, 2020, 8:47 pm IST
Mysuru-Kodagu MP Pratap Simha urged the state government to allot special package in the budget for Kodagu.
Kodugu under flood waters. (Twitter)
Mysuru: Heavy rains continued to create massive floods and landslides in Kodagu, affecting normal life and road connectivity on Friday too. There have been landslides at more than 30 places in the past three days according to Kodagu DC Annies Kanmani Joy.
Due to continuous rains and landslides, the NDRF team could not take up operations to trace five missing people who are suspected to be stuck under the debris of their house, which collapsed due to landslides on Thursday at Brahamagiri Hills in Talacauvery.

5 feared to be buried alive in K'taka hill landslide