Narayana coaching : Live Updates Every Minute from 25K+ News Agencies Across the Globe 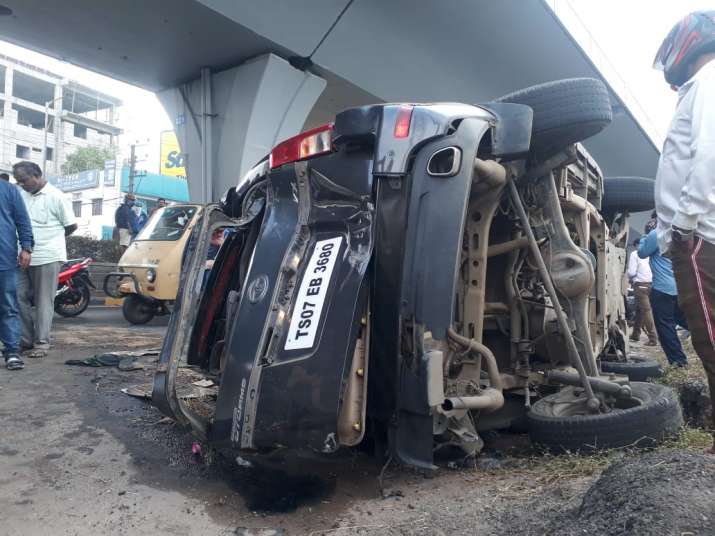 URL copied
Birthday party turns fatal, two students killed in road accident in Hyderabad
Two students ofÂ NarayanaÂ Medical Coaching Centre in Hyderabad were killedÂ late Thursday night after the car they were travelling in hit a pole.Â Seven other students were severely injured in the accident. All students hailed from Hyderabad's MahbubnagarÂ locality and had gone to attend their friend's birthday party in Rajendra Nagar. Narayana Coaching centreÂ has said the student did not inform anyone before going for the late-night birthday.Â
The incident took placeÂ at around 2:15 am underÂ PVNR Expressway's flyover. The impact of the hit was severe as the Tata car they were travelling in turned turtles.Â