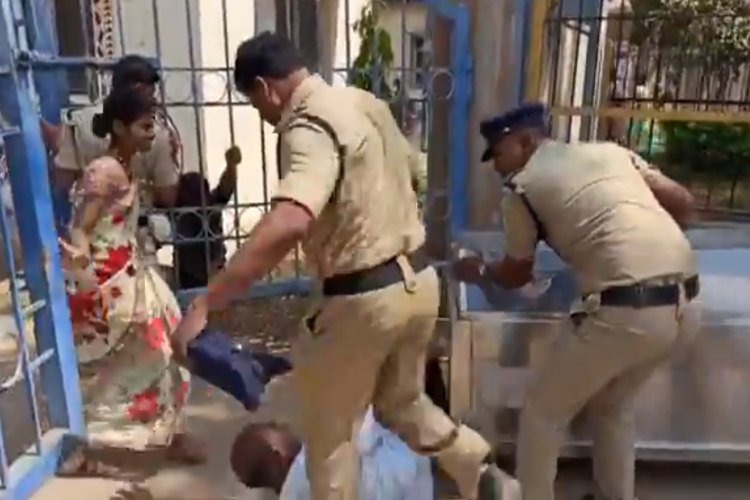 A police constable from Sangareddy district in Telangana was caught on video kicking a grieving father on Wednesday. The Telangana police which calls itself as 'people-friendly police' found itself in a bind as the video was widely shared, in which the constable can be seen kicking and manhandling the father who had just lost his daughter.
A 17-year-old student Sandhya Rani, studying in Narayana Residential College in Velimala, Sangareddy district, had allegedly killed herself in her hostel on Tuesday. However, parents claim that the management had killed their daughter and orchestrated it as a suicide.
The victimâs mother said on Tuesday Sandhya complained of high fever, but the hostel authorities neglected her. Later at around 1 pm, they informed them that their daughter had killed herself.