Week concludes with another faction claiming rights to Zulu throne This week’s latest development from the Zulu royal court took many by surprise when it emerged that a third faction is contesting for the throne despite the fact that King Misuzulu is already occupying it. The fight for the Zulu throne has taken another turn as a new royal faction is threatening to initiate a court action to compel the Zulu royal house to stop the ascension of King Misuzulu as the King of the Zulu nation. IFP leader sets his sights on running KZN again
Share
THE IFP in KwaZulu-Natal believes that it is well positioned to usurp the ANC as the governing party in the province in 2024, some 20 years after it ceded power to the ANC in the province.
IFP leader Velenkosini Hlabisa, who succeeded the partyâs founder and long time leader Prince Mangosuthu Buthelezi as party leader after the 2019 national and provincial elections, has set his sights on ensuring that governance of the province returns to the IFP in three years time.
A buoyant Hlabisa this week told the media that his party had well laid plans to unseat the ANC come the 2024 elections, claiming that the partyâs work on the ground was as efficient as clockwork in this pursuit.

Opposition parties in KZN kick off their election campaigns Opposition parties in KZN kick off their election campaigns
By Willem Phungula
DURBAN - OPPOSITION parties in KwaZulu-Natal have started gearing up for the local government elections.
THE Inkatha Freedom Party (IFP), which is the official opposition party in the province’s legislature and in many municipalities kicked off its campaign by clearing the confusion over who will be face of the party.
In a media briefing on Tuesday, IFP president Velenkosini Hlabisa said he would be the face of the party’s election campaign. The party cleared the confusion after rumours that it would use both Hlabisa and former party president Prince Mangosuthu Buthelezi as faces of the campaign surfaced last year.

New amaZulu King Misuzulu KaZwelithini has admitted his family is going through a crisis, but says they can get through it. 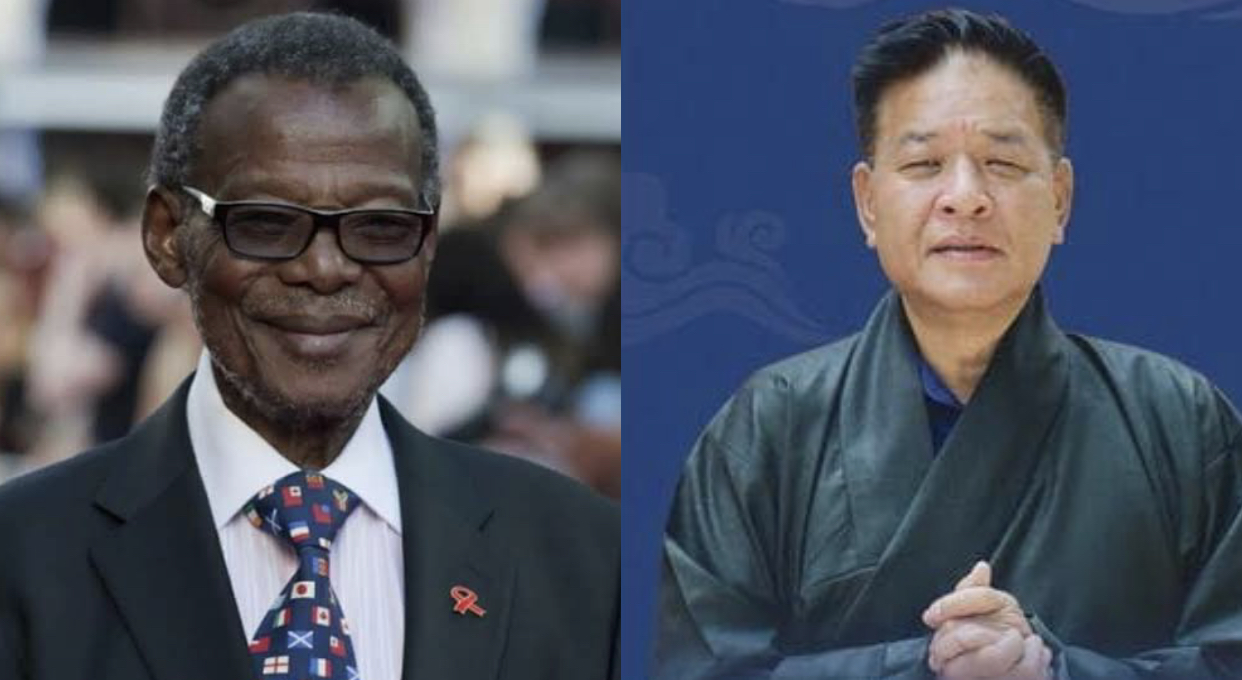 Prince Simakade arrives at the Khangelamakengane Palace in preparation for the burial of untimely passing of Her Majesty Queen Shiyiwe Mantfombi Dlamini Zulu, Regent of the Zulu nation. Picture: Motshwari Mofokeng /African News Agency (ANA)
Fight for Zulu throne: Prince Simakade speaks, says statement about loyalty to King Misuzulu is a âdeliberate distortionâ
Share
Durban - Prince Simakade Zulu, the new contender for the Zulu throne, has finally spoken out about his ambition for the throne, telling Independent Media that a statement attributed to him that he did not intend to challenge King Misuzulu was a âdeliberateâ distortion.
Prince Simakade said a statement from May 12 which was attributed to him, purportedly saying he would not challenge his brother, King Misuzulu, was âmisunderstood or deliberately distortedâ. 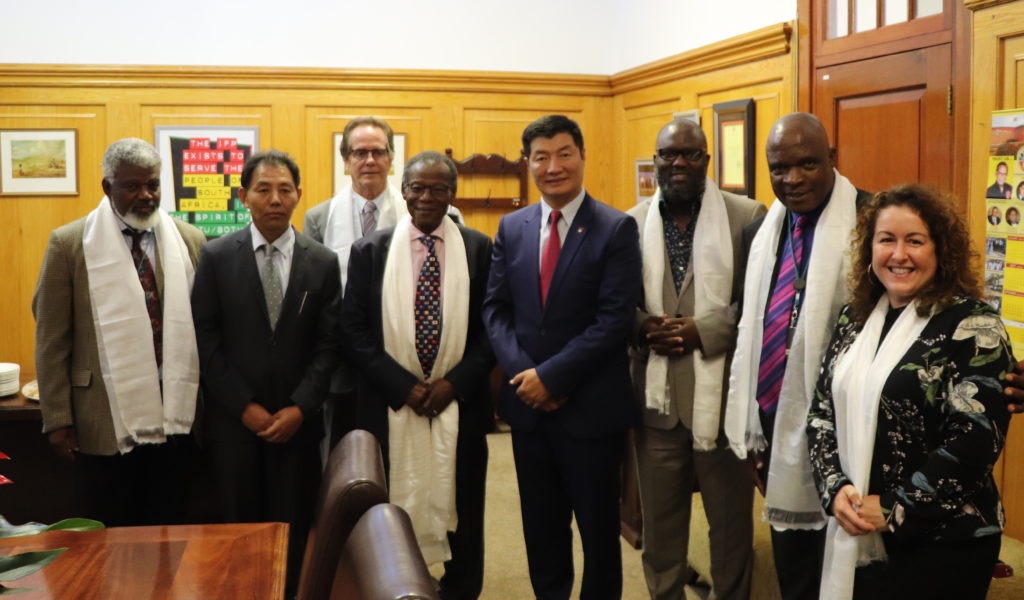 Buthelezi's famous grandchild bullied
By Sun Reporter
Toya Delazy, real name Letoya Nontokozo Buthelezi .
INTERNATIONALLY-acclaimed singer and dancer Toya Delazy (31) has revealed how she was terribly bullied at school.
The London-based artist, whose real name is Latoya Nontokozo Buthelezi, said she was bullied for her hair, skin colour and her language (Zulu).
Toya, real name Letoya Nontokozo Buthelezi who has made a name for herself in the entertainment industry, is also the granddaughter of Prince Mangosuthu Buthelezi – which also makes her a Zulu princess.
She released an Afro rave single called
Resurrection on 28 May and the video pays tribute to her roots and beliefs. “Afro rave’s an infusion of techno, drum and bass as well as beats with Zulu lyricism.

Prince Simakade emerges as surprise contender for the Zulu throne Prince Simakade Zulu, the firstborn son of the late King Goodwill Zwelithini, has had his name thrown into the hat in the bitter dispute over the contestation of the Zulu throne.

ZULU ROYAL HOUSE CLEANSING!
Comments
Three of late King Zwelithini’s wives Queen Zola Mafu-Zulu, Queen Nompumelelo Mchiza-Zulu and Queen Jane Ndlovu wearing their mourning dresses. ­ Photo by Jabulani Langa.
THE Zulu royal family is preparing to perform a cleansing ceremony in June for the wives of late king, Goodwill Zwelithini.
The ceremony will allow the king’s five surviving wives to set aside their mourning dresses.
Traditional prime minister Prince Mangosuthu Buthelezi announced that the ceremony would take place on 16, 17 and 18 June.
“We remind the nation that the shortness of the mourning period is in compliance with instructions of the late king, who had said we shouldn’t wait for a long time as he wanted people to be able to work and plant,” said Buthelezi. A source within the royal family revealed that a total of over R4-million was raised through bereavement offerings and over 3 000 cows were donated.

A PROPOSED law to allow women to marry more than one man has divided Mzansi. Prince Buthelezi wishes to live to see Ramaphosaâs commitment on Ingonyama land honoured
By Mayibongwe Maqhina
Share
Prince Mangosuthu Buthelezi has said he wished to live to see the commitment made by President Cyril Ramaphosa that the government would not move to expropriate the land under the Ingonyama Trust being honoured.
During a debate on the 25th anniversary of the constitution in the National Assembly on Friday, Buthelezi recalled his 47-strong team of MPs were part of the Constituent Assembly that entered the Government of National Unity and shared in the task of designing the final constitution.
âThis constitutional-making process sought wide public participation. The end product would enshrine 34 principles on which consensus had been reached at the negotiating table,â he said.

Khuzani bows down to Shenge

Khuzani bows down to Shenge
By Zama Nteyi
Maskandi star Khuzani Mpungose. Photo by Jabulani Langa.
MASKANDI artist Khuzani Mpungose will make a public apology to Prince Mangosuthu Buthelezi and the Buthelezi clan.
This apology will be made at eMahlabathini in KwaCeza Village on Wednesday, 26 May.
The apology follows a video clip by Khuzani where he made fun of Buthelezi.
The clip angered the Buthelezi Tribal Council youth leadership so much they called on the clan to distance itself from all businesses that work with Khuzani. Khuzani told Daily Sun the video was made in jest. But on Sunday, 23 May Khuzani’s traditional leader Chief Zakhe Mpungose said Khuzani would be brought before Buthelezi and the Buthelezi clan to apologise. The IFP in KwaZulu-Natal has lashed out at ANC KZN provincial secretary Mdumiseni Ntuli and accused him of being a fly in the ointment.

Office Of The Premier In Kwazulu