Mays Landing Man Injured in Galloway Crash Wednesday Afternoon
A man from Mays Landing was seriously injured in a crash Wednesday afternoon in Galloway Township.
The Galloway Township Police Department says their officers responded to Wrangleboro Road near Society Hill Drive at about 2PM Wednesday for the report of an accident. Arriving officers found a 2013 Hino 195 delivery-style box truck in the woods just off of the road.
The initial police investigation revealed,
"...that Anthony Palmeri Jr. of Mays Landing was traveling northbound on Wrangleboro Road when he traveled off the east side of the roadway and struck several trees. Palmeri was removed from the vehicle and initially treated on scene by Officer Christopher Fitting #128 and Officer Mark Kienzle #119 for a severe lower leg injury." 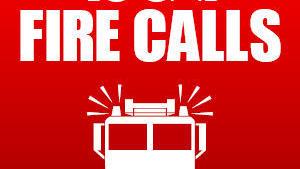