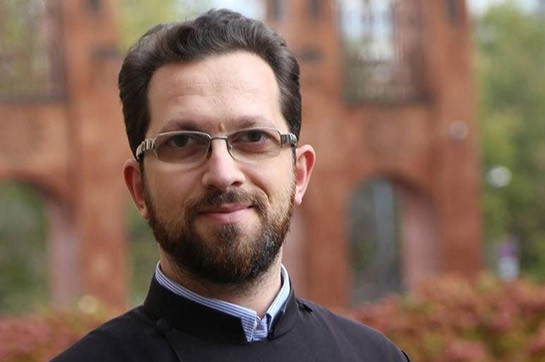 Holy See representative urges Open Society Foundations-Armenia not hide its anti-propaganda of Armenian Church behind the charity
Head of the Holy See Social Services Office Marcos Rev. Mangasaryan referred to the statement of the head of Open Society Institute Foundations-Armenia office Larisa Minasyan that the Armenian Apostolic Church is the only religious establishment ever financed by the OSF. She also said that in 2010-2011 $50,000 grant was provided for the organization of summer camp for 130 children from socially insecure families.
Marcos Rev. Mangasaryan has sent to Aysor.am a response to the statement, condemning the approach adopted by the OSF-Armenia denying the fact of its denial attitude toward the Church, hiding it behind the charity done for the organization of the rest of 130 insecure children.