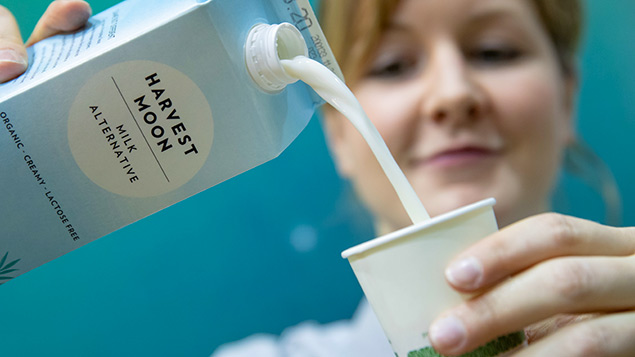 Society launches veganism guidance for employers
Employers providing dairy milk for staff should also supply vegan alternatives. Photo: Daniel Karmann/DPA/PA Images
Following last month’s landmark ruling that ethical veganism qualifies as a philosophical belief for the purposes of the Equality Act, the Vegan Society has issued guidance to employers to help them avoid direct or indirect discrimination.
Veganism and the Equality Act
Zoologist Jordi Casamitjana filed a claim against his former employer, the League Against Cruel Sports, saying he was discriminated against because of his ethical veganism.
A preliminary judgment last month confirmed that Casamitjana’s ethical veganism constituted a philosophical belief and, as such, in line with religious beliefs, was a protected characteristic under the Equality Act. The full tribunal hearing continues on 24 February.