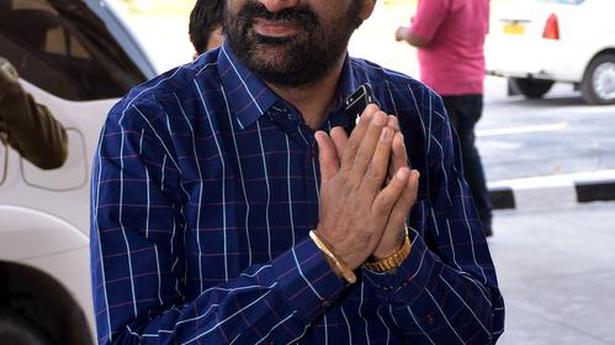 Congress, BJP helping each other in implementation of anti-farmer policies, says Beniwal
The Rashtriya Loktantrik Party (RLP), which had recently quit the National Democratic Alliance over the farm laws, on Wednesday announced that it will field candidates for the upcoming byelections to four Assembly seats in Rajasthan. It has one seat in the Lok Sabha and three members in the Assembly.
RLP chief and Nagaur MP Hanuman Beniwal said at a press conference here the party would raise the issues of complete agricultural loan waiver, free-of-cost power supply to farmers and unemployment allowance for the youths. He alleged that the ruling Congress and the Opposition BJP, facing internal rift, were helping each other in the implementation of anti-farmer policies. 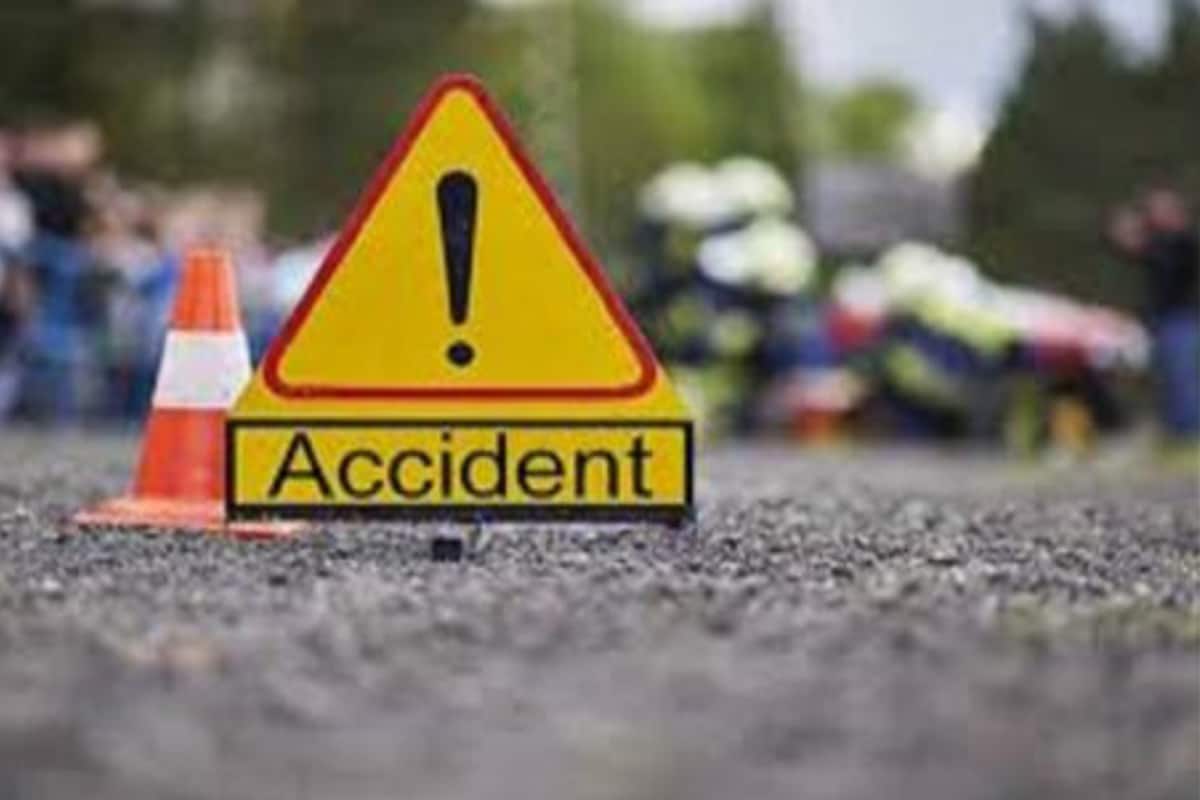 Khinvsar MLA Narayan Beniwal Injured as Car Collides With Jeep in Rajasthan's Alwar
FOLLOW US ON:
Khinvsar MLA Narayan Beniwal and one of his associates were injured after their car collided with a jeep near Shahjahanpur in Rajasthan's Alwar district on Sunday, police said. Narayan Beniwal is a Rashtriya Loktantrik Party (RLP) leader and the brother of Nagaur MP Hanuman Beniwal. The brothers have been staging a protest in Shahjahanpur against three recent farm laws brought by the Centre.
The accident occurred when the vehicle of Narayan Beniwal, who was going to the protest site, collided with a loading jeep. The MLA sustained injuries on the head and legs and his associate Pradeep Kumar also got injured, Behror police station in-charge Vinod Sankhla said. Beniwal and Kumar were taken to a hospital for treatment, he added. 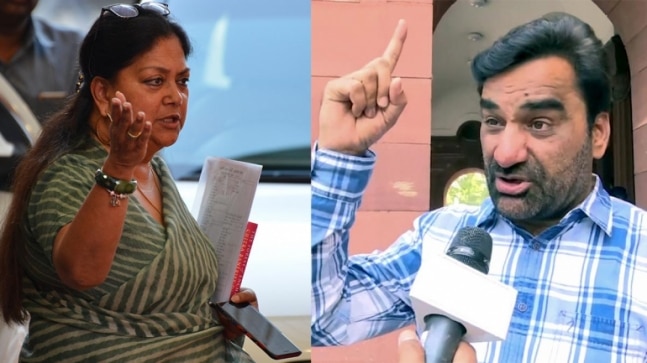 One more arrested in Dalit torture case in Raj; SHO shunted out

One more person has been arrested in connection with the recent torture of two Dalit men in Nagaur district of Rajasthan, police said on Tuesday.
"Another man involved in the case, identified as Hem Singh, has been arrested. With this, a total of eight persons have been arrested in the matter so far," SP Nagaur Vikas Pathak said.
He said Pancholi SHO has been removed and sent to police lines after the matter was raised in the state assembly on Monday.
Two Dalits were brutally beaten and tortured on February 16 by the staff of a motorcycle service agency on allegations of stealing money at Karanu village in Panchorli area, around 300 km east of Jaipur, police said.

Opposition members shouted slogans and staged a walkout in the Rajasthan assembly on Monday, demanding removal of the Nagaur SP over the recent torture of two Dalit men at an auto service agency last week.
Parliamentary Affairs Minister Shanti Dhariwal informed the assembly that the Panchori police station incharge would be removed for negligence in dealing with the torture case, which triggered outrage.
Seven people have been arrested in the case so far, one is under detention and four suspects are still absconding, Dhariwal said.
Dissatisfied with the government's reply, Opposition legislators demanded that the government remove the Nagaur superintendent of police for not taking timely action after the video of the incident came into his notice. 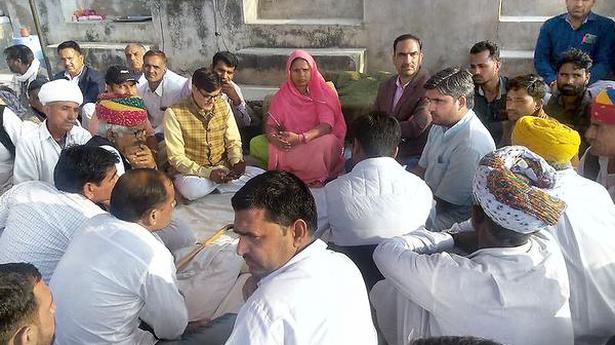 Gehlot govt has no control over crime: Union min Meghwal on Nagaur incident

Union minister Arjun Ram Meghwal on Friday said the Ashok Gehlot-led Congress government is unable to rein in crime in Rajasthan and held it responsible for the Nagaur incident where two Dalit men were beaten up and tortured for allegedly stealing money.
Meghwal, along with party legislators Madan Diwalar and Mohan Ram, reached Nagaur on Friday and met with the victims. He also visited the spot where the incident took place on Sunday.
"The Chief minister is holding the portfolio of home minister but there is no control over crime and the government is responsible for the incident," Meghwal, the minister of state for heavy industries and public enterprises, said.

Leaders from the Congress and the BJP on Friday visited Nagaur, where two Dalit men were allegedly brutalised in an act caught on camera.
Union minister Arjun Ram Meghwal led the BJP panel to look into the incident while the Congress sent a team headed by Rajasthan revenue minister Harish Chaudhary.
Meghwal lashed at the Ashok Gehlot-led Congress government, saying it was responsible for the incident.
"The Chief minister is holding the portfolio of home minister but there is no control over crime and the government is responsible for the incident," Meghwal, the minister of state for heavy industries and public enterprises, said. 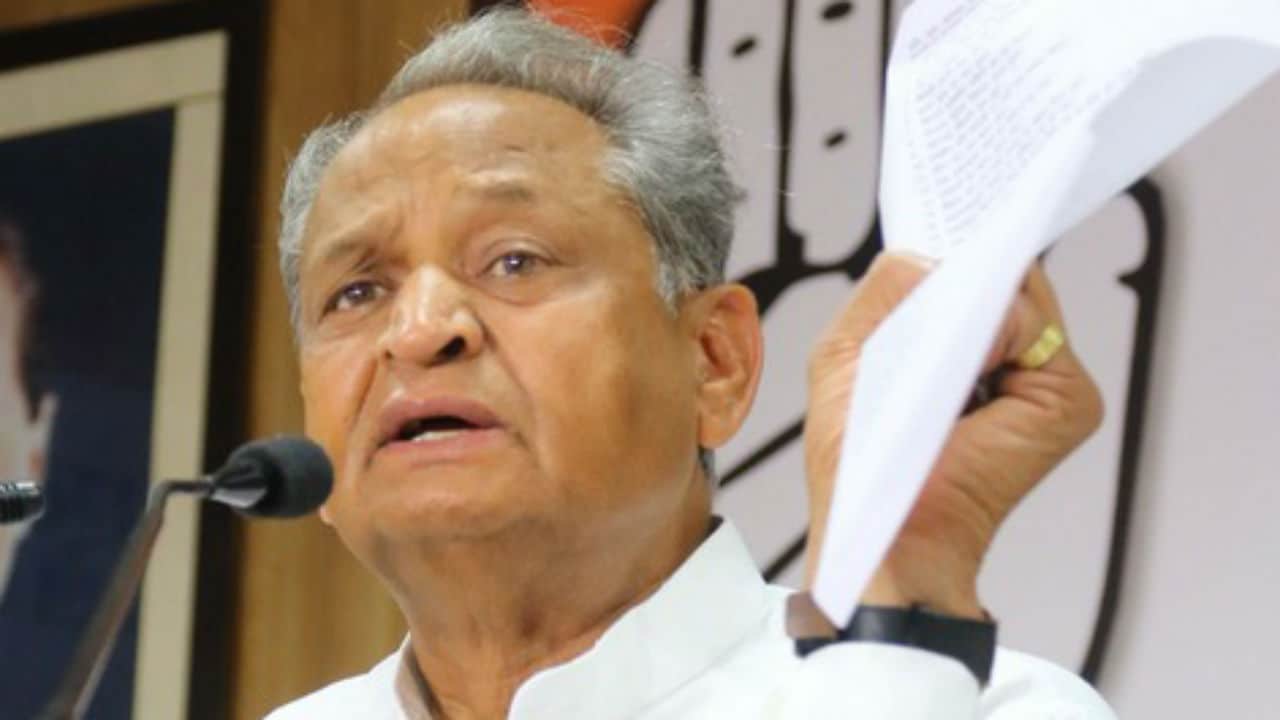 Read more about 7 arrested in Dalit thrashing incident in Raj; protests in state assembly on Business Standard. Seven people were arrested for torturing two Dalit men in Rajasthan's Nagaur district, an incident that triggered protests in the state assembly and condemnation by political leaders on Thursday.Apart from the seven arrested, seven others have been 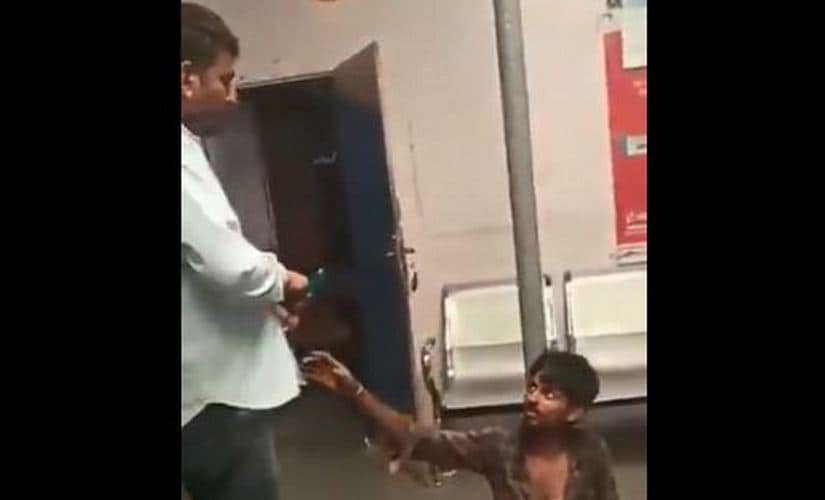 7 arrested for Dalit torture in Rajasthan's Nagaur; protest in Assembly : The Tribune India 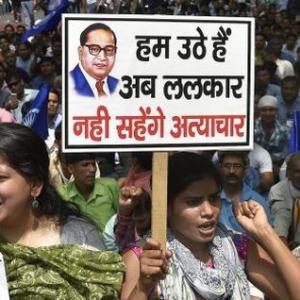 Apart from the seven arrested, seven others have been detained in this connection, police said.
Director General of Police Bhupendra Singh said the Heinous Crime Monitoring Unit (HCMU) will monitor the case and it will be taken up under the case officer scheme for speedy investigation.
The police said Inspector General Human Rights, Bipin Kumar Panday has been sent to Nagaur for a detailed investigation into the incident. 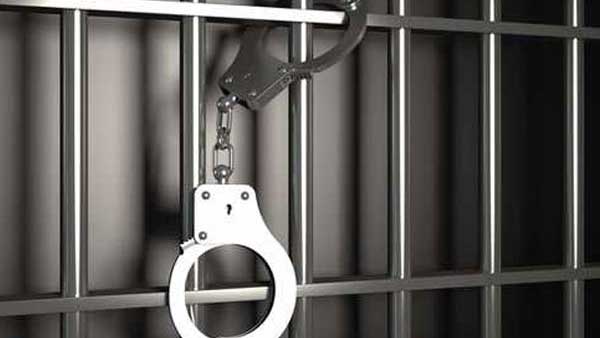