Impossible picnic : Live Updates Every Minute from 25K+ News Agencies Across the Globe 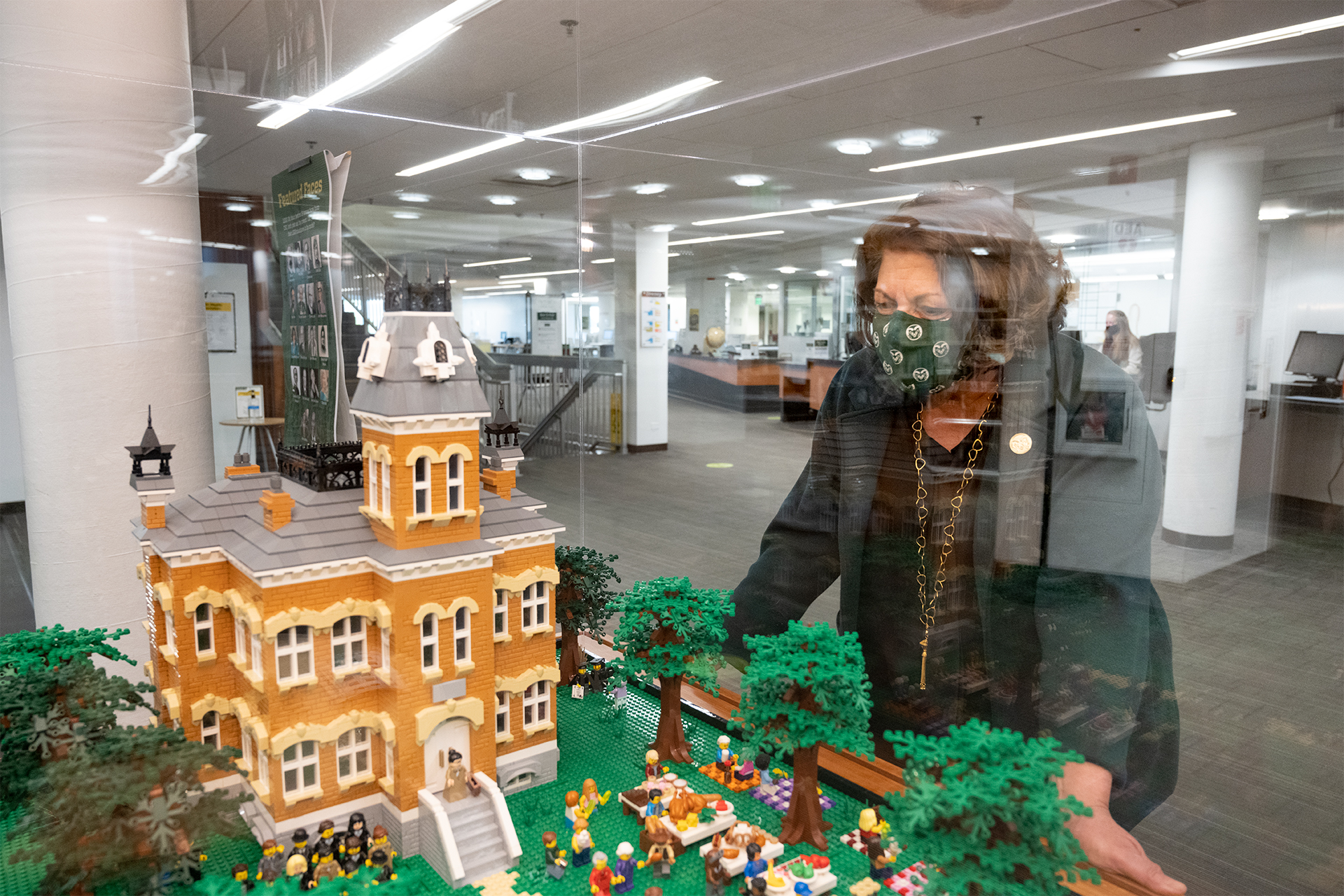 If you read
CSU Magazine, you know Colorado State University’s first academic building – variously known as The College, the Main Building and, finally, Old Main – has been reborn in miniature, constructed entirely of plastic Lego bricks, as part of the university’s sesquicentennial celebration.
In early September,  President Joyce McConnell and Doug Cloud, the Lego artist who created the replica – and who also happens to be an associate professor in CSU’s Department of English – met up in the foyer of Morgan Library where the model now is on public display for a presentation.
The original Old Main was constructed in 1878-79 and burned down in 1970. Lego Old Main, constructed in 2019-20, presents a tableau Cloud calls “The Impossible Picnic,” populated by some 60 minifigures, including 18 that represent real people from across CSU’s 150-year history.