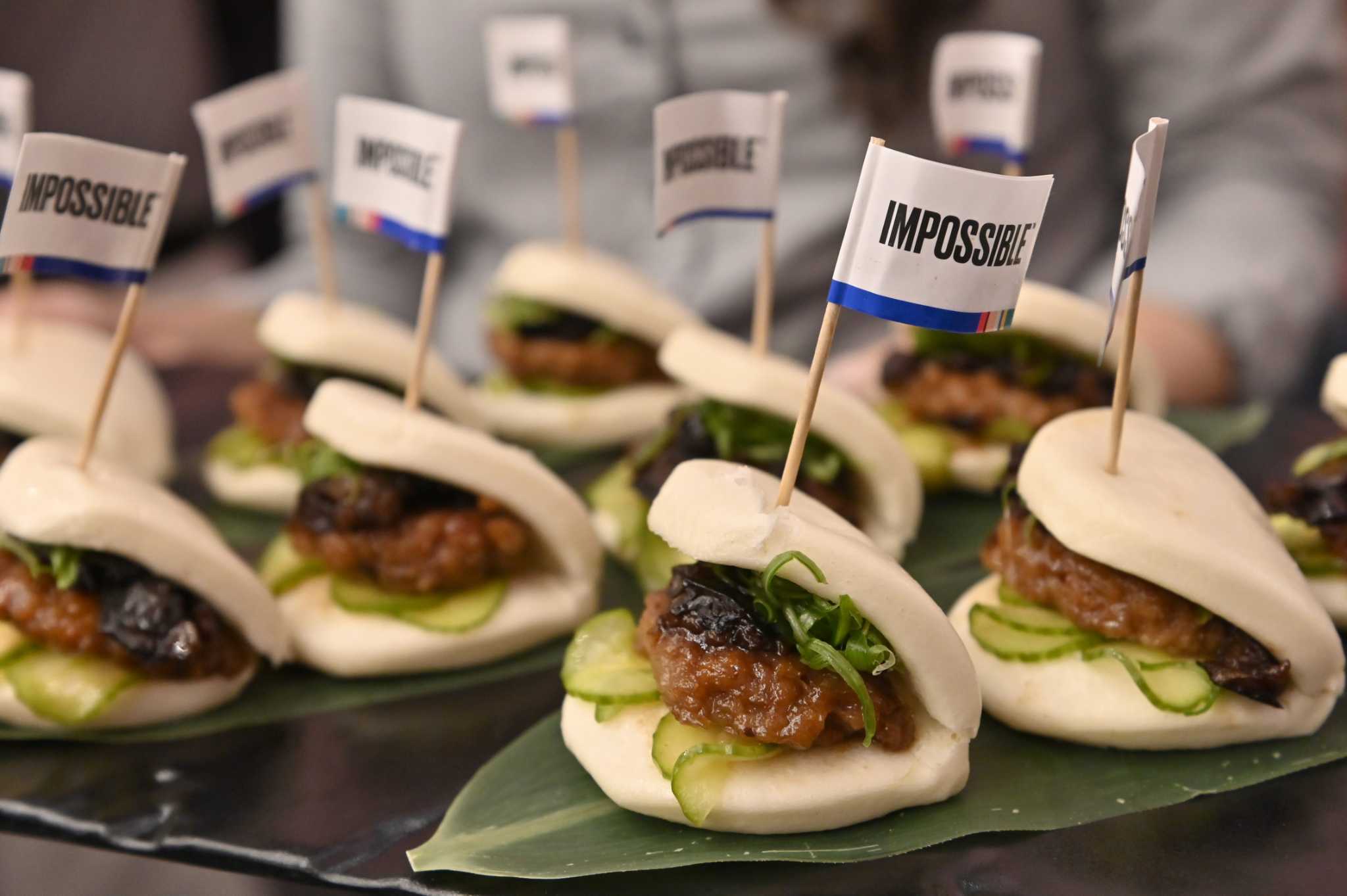 Impossible Foods Introduces Plant-Based Pork and Sausage
Evan Bleier, provided by
FacebookTwitterEmail
Made with soy protein and
is designed to look, taste and cook like the most-consumed meat in the world, Impossible Pork is the latest offering from Impossible Foods.
Unveiled at CES in Las Vegas, Impossible Pork — which also contains water, coconut oil, sunflower oil and natural flavors in addition to soy protein concentrate — is the first new product the fake meat producer has introduced since rolling out the Impossible Burger in 2016.
Designed to be used in any recipe that calls for ground pork, the new meat alternative has one fewer gram of protein (16 grams), 19 fewer gram s of total fat (13 grams), no cholesterol and 130 fewer calories (220 calories) compared to a four-ounce serving of traditional pork.