Joaquin bernas : Live Updates Every Minute from 25K+ News Agencies Across the Globe Dr. Florangel Rosario Braid
Among the many tributes given to Joaquin Bernas were his invaluable contribution in building the country’s constitutional democracy by interpreting the intent of the 1987 Constitution during the many times it had been challenged. But he was a man of many virtues and talents, best remembered according to former fellow framers of the Constitution who joined  Fr. Ruben Orbeta (who presided at a virtual wake), former students, professors, officials, and staff at the Ateneo Law School, as  the most outstanding in constitutional law and jurisprudence, and “extraordinary” according to former Supreme Court Chief Justice Hilario Davide; the “encyclopedia” of the Constitutional Commission, says Chris Monsod, a “beautiful mind” according to Ed Garcia , and a “balancing force” who provided harmony during the deliberations, according to Wifrido Villacorta.

[OPINION] The legend of Fr. Joaquin Bernas and his legacy of infinities 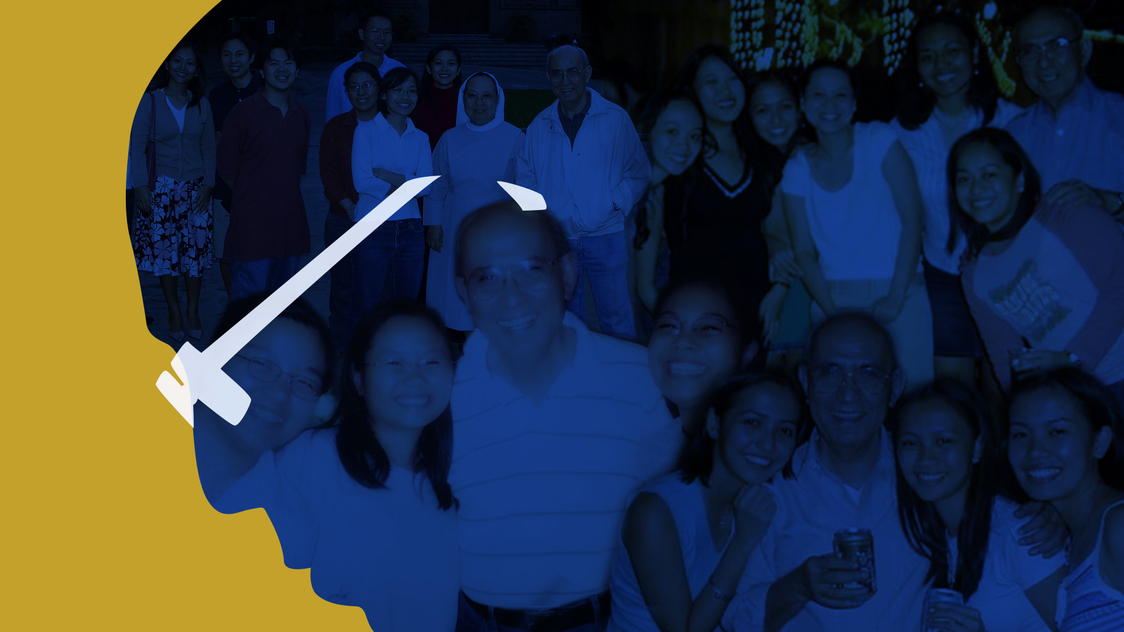 'Cura personalis is the Ignatian principle of care for the entire person. Fr. Bernas never had to preach cura personalis. He practiced it to perfection.'

Press Release
SPONSORSHIP SPEECH: RESOLUTION ON FR. JOAQUIN BERNAS
March 8, 2021
There are a lot of impressions, or should I say misconceptions, people have about lawyers. Whether these were caused by television shows, movies, or sometimes first-hand experiences, there are some negative opinions about them.
(Story about a man's tombstone) I'm reminded of a story of a man happened upon a tombstone that read: "Here lies John Smith, a good man and a lawyer." The man read it and asked: When did they start putting two people in one grave?
However, this was not and had never been the case for Father Joaquin Bernas. He had a strong sense of morals and ethics. He was humble. He was calm. He exuded authority even in his silence. How could someone so endearing - because of his gentleness, and kind and empowering words - can be conceived as unkind? Surely not Father Bernas.

Press Release
GORDON HONORS CONSTITUTIONALIST FR. JOAQUIN BERNAS THRU A RESOLUTION
Senator Richard J. Gordon on Monday sponsored a resolution honouring the life dedicated to service and glory of God of Fr. Joaquin Bernas, a Jesuit priest and constitutionalist, who was "an excellent man for others."
In sponsoring Senate Resolution No. 675, Gordon stressed that he wanted to make sure that the Senate does not miss the opportunity to honor such a great Filipino, a Bicolano, who was not only a leading constitutionalist but also a pillar of legal education.
"Fr. Bernas had done so much in terms of the law and in becoming an example to all his students and Jesuits, alike. He was the epitome of the quintessential Jesuit,.. Among the Jesuits, he stood high, shoulders above everyone and I call it Primus Inter Pares. He was first among equals," he said.

Press Release
Senate adopts reso honoring Fr. Joaquin Bernas, SJ
The Senate today adopted a resolution expressing its profound sympathy and sincere condolences on the demise of Fr. Joaquin Bernas, SJ, who passed away last Saturday at the age of 88.
Senate Resolution No. 674, taking into consideration Senate Resolution No. 675, was unanimously adopted on Monday, March 8, 2021. The resolutions were introduced by Senate President Vicente Sotto III and Sen. Richard Gordon respectively.
The resolution honored Fr. Bernas for his "immeasurable and invaluable contributions to the legal profession and society." The Jesuit priest was a notable constitutionalist and one of the framers of the 1987 Constitution. Fr. Joaquin Bernas (SJ Facebook / MANILA BULLETIN)
Senate Resolution No. 674, taking into consideration Senate Resolution No. 675, was unanimously adopted on Monday, March 8, 2021.
The resolutions were introduced by Senate President Vicente C. Sotto III and Sen. Richard J. Gordon, respectively.
The resolution honored Fr. Bernas for his “immeasurable and invaluable contributions to the legal profession and society.”
The Jesuit priest was a notable constitutionalist and one of the framers of the 1987 Constitution.
“We salute you for a life of service and devotion to God, the Rule of Law and your countrymen, Fr. Joaquin Bernas,” Sotto said in his sponsorship speech.
He described Fr. Bernas as a man with a “strong sense of morals and ethics who was humble and calm, exuding authority even in his silence.” Just when the nation was on a euphoric state with the much-awaited arrival of vaccines against the coronavirus disease (COVID-19) this week, the viral illness has gone on a resurgence in Metro Manila.

Government action on this latest surge, plus stories on education, science, and transportation, Vice President Leni Robredo
Bernas died on Saturday, March 6, at the Ateneo Jesuit Residence. He was 88.
The prelate was one of the framers of the 1987 Constitution. He was a former dean of the Ateneo De Manila Law School and Ateneo De Manila University president from 1984 to 1993.
In a Facebook post, the vice president described Bernas as a “well-respected” constitutionalist, also noting he became Ateneo president during the “most crucial years of our nation’s history.”
Robredo shared that the prelate hailed from her home province of Camarines Sur, and was president of the Board of Saligan, where she had worked for a decade before she entered politics. 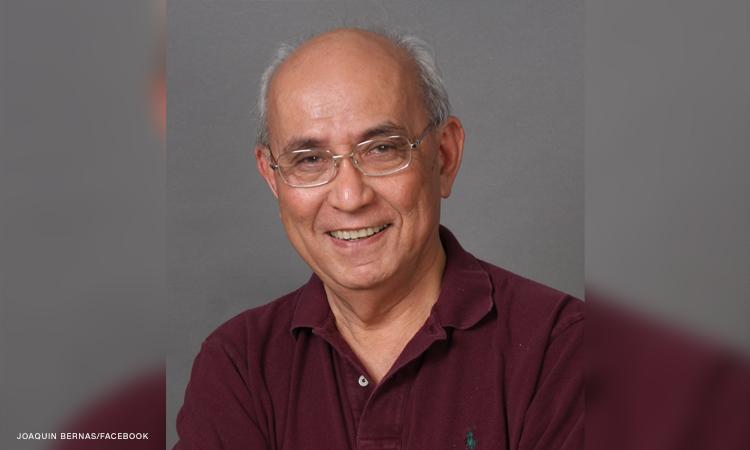 Published March 6, 2021, 9:19 AM
Jesuit priest and constitutionalist Fr. Joaquin Bernas passed away on Saturday, March 6. He was 88. Bernas died at 1:45 a.m. at the Ateneo Jesuit Residence, according to the report of the Church-run Radyo Veritas.
The prelate was first confined at The Medical City and left the hospital on March 4, after six weeks due to an “infection.”
“Tapos kaninang maaga, namatay na (Then this morning, he died),” said Fr. Emmanuel Alfonso, SJ-executive director of Jesuit Communications told Radyo Veritas. Bernas was born on July 8, 1932 in Baao, Camarines Sur and was ordained as Jesuit priest in 1965, according to Radyo Veritas. (Photo courtesy of Victor Ramos Baltazar SJ)
The Jesuit priest and lawyer died on March 6 at the age of 88. The beloved educator was among those who crafted the country’s 1987 Constitution.
“We express our condolences to the friends and colleagues of Father Joaquin Bernas who died early morning today, March 6, 2021,” Presidential spokesman Harry Roque said in statement Saturday.
“Father Bernas was the Dean Emeritus of the Ateneo de Manila University School of Law who left a legacy of legal excellence and passion for humanity and the rule of law to the nation,” he said.
Roque also described Bernas as “a great Jesuit educator” after mentoring generations of Filipino students, lawyers, legal academics and researchers. Senators on Saturday grieved over the passing of Fr. Joaquin Bernas they described as ‘’an amazing patriot, constitutionalist, and man for others.’’

Abellanosa: The old issue on the Church and State

Bunye: The Jesuits in the Philippines

SunStar
+
July 06, 2020
Did you know that the Jesuits used to own that huge tract of land which later became the Makati commercial, business and residential district?
I came across this interesting tidbit in the new month of July during which the Ignatian festival is celebrated. This commemoration is observed in countries and communities which have been under the religious influence of the Society of Jesus, whose founder was St. Ignatius of Loyola. In 1540, Pope Paul III formally gave his approval to the organization and thence the Jesuits engaged in evangelization and apostolic ministry reaching, as of today, as many as 112 nations. Present-day main Jesuit involvements include education, research, cultural and social pursuits.

The Jesuits in the Philippines | Tempo – The Nation's Fastest Growing Newspaper

VERA FILES FACT SHEET: What does the law say about fair comments? 4 things you need to know

Editor's Pick, Reports, Fact-Check
VERA FILES FACT SHEET: What does the law say about fair comments? 4 things you need to know
Read this
SHARE
On June 25, a regional trial court dismissedthe caseagainst Ronnel Mas, a public school teacher from Zambales who was arrestedwithouta warrant for his tweet offering a P50-million bounty to anyone who would kill President Rodrigo Duterte.
Mas was among several netizens summoned and detained by the National Bureau of Investigation (NBI) and the police in the past months for various offenses, such as inciting to sedition, as in Mas’ case, and cyberlibel.
The arrests, many of which were of civilians who posted critical comments on social media on the government’s response to the coronavirus disease (COVID-19) pandemic, raised fears of abuse of the powers of authorities in policing the fair comment doctrine.

Opinion: The five provisions that should alarm Filipinos about the Anti-Terror bill 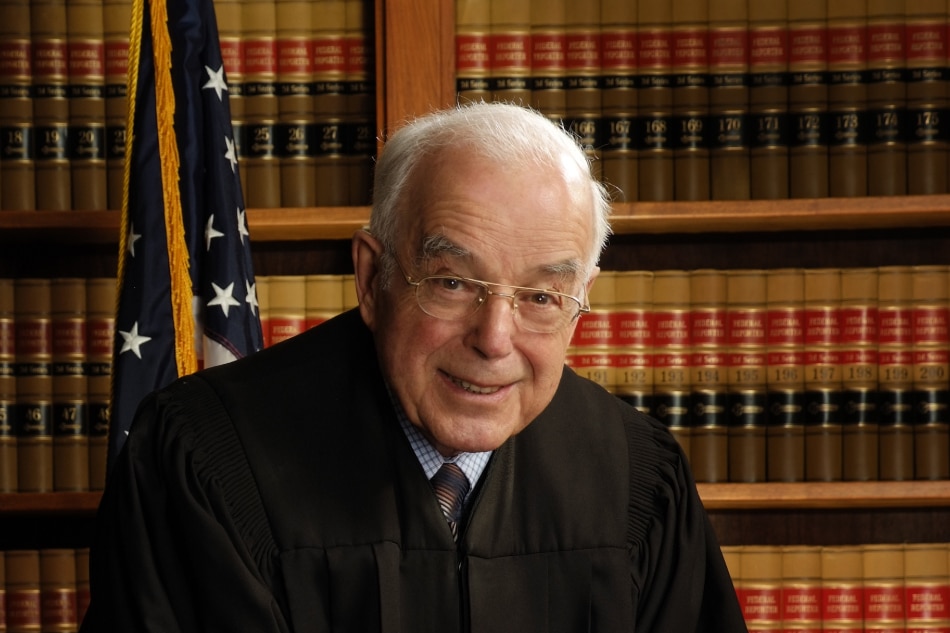 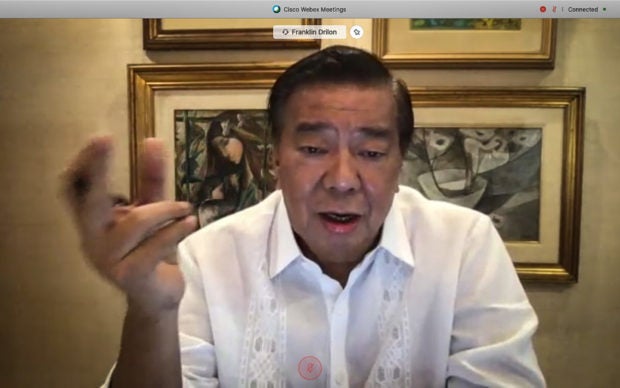 Servant Of The Church

Dean Of The Ateneo College Arts

Member Of The Constitutional Commission

United Nations Office Of The High

Senate Of The Philippines

Department Of Health Do

Office Of The Ombudsman