Courtesy the jerusalem youth chorus : Live Updates Every Minute from 25K+ News Agencies Across the Globe

Stars join Jewish-Arab youth chorus for video from a distance 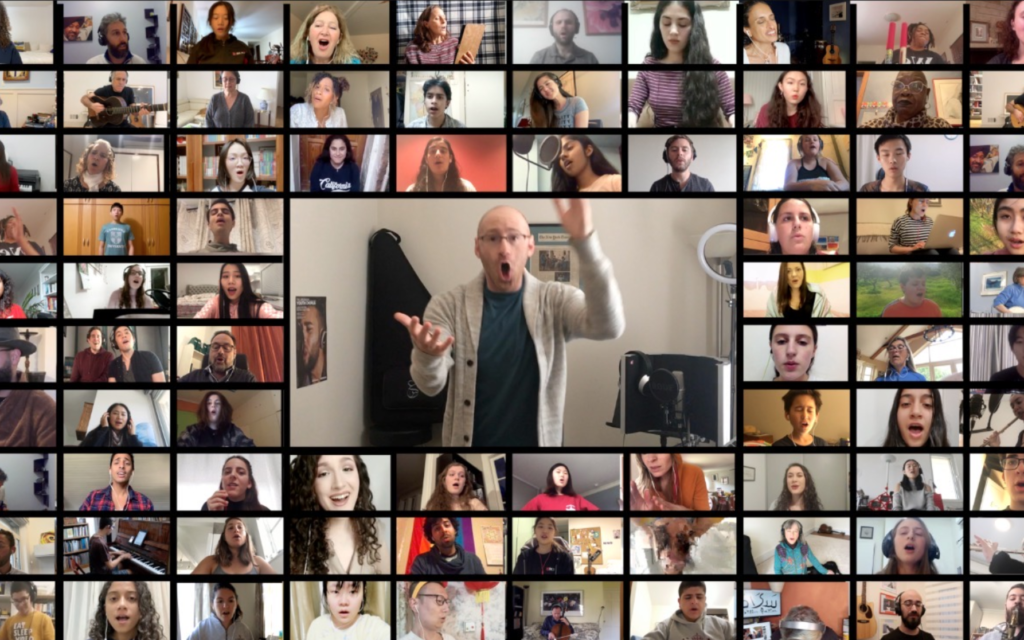 Jessica Steinberg covers the Sabra scene from south to north and back to the center.
Jerusalem Youth Chorus director Micah Hendler put his weeks of coronavirus home closure to good use, producing “Home” along with some special friends, including David Broza, Achinoam Nini, Mira Awad, two “Hamilton” singers and other musical celebrities.
“This video really tells a story,” said Hendler, who founded the Jewish-Arab youth chorus. “The process of making this was way more interactive and collaborative than, here’s a choral arrangement, let’s sing it together.”
Hendler asked local artists plus Ari Afsar, who played Eliza in “Hamilton” on Broadway, and Joanna Jones, who played Eliza and Peggy in “Hamilton,” to sing and play whatever part of the song they wanted, and then rearranged the song, written by Drew Pearson and Greg Holden, and originally performed by Phillip Phillips.