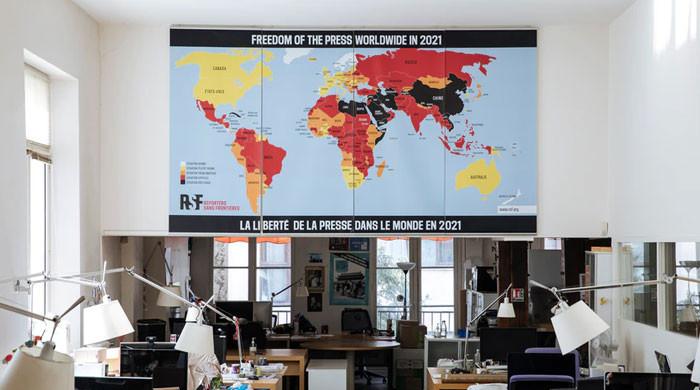 Pakistan ranks 145th in Press Freedom Index
Top Story
April 21, 2021
ISLAMABAD/ PARIS: The annual report by Reporters Without Borders (RSF) said Tuesday that journalism was at least partly blocked in nearly three-quarters of the 180 countries surveyed.
Its World Press Freedom Index found 73 countries "totally blocked or seriously impeded" journalism, while it was "constrained" in 59 others, adding that many governments had used the pandemic to worsen repression. The RSF ranked Pakistan 145 in the 2021 World Press Freedom Index. The RSF had ranked Pakistan 159/180 back in 2013. It scored Pakistan at +1.34 in 2021 from 45.52 in 2020.
According to the organisation 10 journalists and media assistants were killed in 2021 upto April, while it claimed that 416 journalists were imprisoned. According to RSF the Pakistani media, which have a long tradition of being very lively, have become a priority target for the authorities.