Kaizer chiefs : Live Updates Every Minute from 25K+ News Agencies Across the Globe

The egos have landed: Hunt needs to look beyond tactics at Chiefs

06 May 2021
It may have started as unthinkable, but no-one is left with uncertainties now. Not at least in Naturena, south of Johannesburg, where the headquarters of one the most followed clubs in Africa, Kaizer Chiefs, is situated...
This article is free to read if you register or sign in.
If you have already registered or subscribed, please sign in to continue. 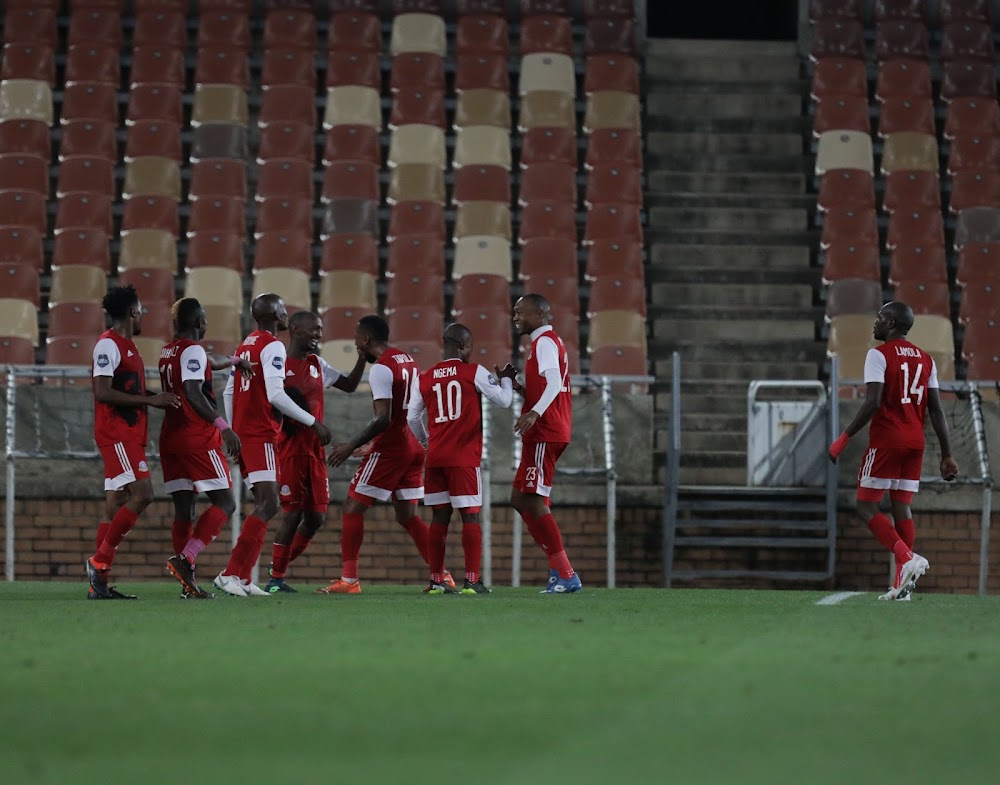 Marc Strydom"> By Marc Strydom - 04 May 2021 - 19:16
Thabo Rakhale celebrates with his Tshakhuma Tsha Madzivhandila after scoring the opening goal against Kaizer Chiefs.
Image: Kabelo Leputu/BackpagePix
Simply nothing is going Kaizer Chiefs’ way, as, having seemingly scrambled a 10-man draw against Tshakhuma Tsha Madzivhandila (TTM) on Tuesday night, Amakhosi conceded from the penalty spot in the dying seconds for a 2-1 defeat.
Chiefs appeared to have secured at least a second unconvincing DStv Premiership draw in succession at Peter Mokaba Stadium in Polokwane, as the wins Amakhosi desperately need to improve their bottom-half position remain painfully elusive.
But even that unsatisfying result slipped from their grasp.

May 5, 2021 - 10:47 am
By Staff Reporter
Kaizer Chiefs' continued struggles has reached a point where even coach Gavin Hunt is dumbfounded by the events taking place within his team.
Chiefs are in dire straits after yet another DStv Premiership defeat – the latest being 2-1 to Tshakhuma Tsha Madzivhandila, who have now managed to move out of the relegation play-off spot.
For Amakhosi, they continue to languish in ninth position but are now just five points ahead of 15th-placed Chippa United, whom they also lost to a week ago.
Hunt was unable to give an account of his team's performance that saw them reduced to 10 men inside only 38 minutes, before conceding a stoppage time penalty to suffer their ninth defeat of the season.

May 5, 2021 - 11:08 am
By Lorenz Kohler
Simba Sports Club head coach Didier Gomes feels they have an advantage over Kaizer Chiefs heading into their CAF Champions League quarter-final clash.
Simba were drawn with Amakhosi in the last-eight of the Champions League after beating Pitso Mosimane's Al Ahly side to win Group A in emphatic fashion.
Their enterprising performances this season has been one of the real highlights of this season's competition and with their domestic form equally as impressive - they will arrive in South Africa full of confidence.
Mnyama are currently four points ahead of fierce rivals Yanga at the summit of the Tanzania top-flight with two games in hand and have only lost one game in their last 18 across all competitions - which was away to Ahly last month.

Speaking in an interview with
KickOff.com from Ermelo, where Mjembu is now based with his new team, he says his dream is coaching in the PSL.
"I have moved now to Ermelo where I am coaching Bayern FC. I have been coaching in the ABC Motsepe League for some few years now to equip myself with experience whilst also studying," Mjempu reveals.
"There is no shortcut in football when you want to be a great coach and hence I allowed myself to go through all the development stages."
"My dream is coach in the PSL and I am confident that dream will come true one day. For now I just want to concentrate on my team and help them secure the dream of playing in the GladAfrica Championship soon."

Tshakhuma Tsha Madzivhandila coach Dylan Kerr has predicted the team with the best defence will win the Kariakoo derby between Simba SC and Yanga SC.

Siphiwe Tshabalala on the ropes at AmaZulu

Gavin Hunt to spoil his CV at Chiefs

May 4, 2021 - 08:04 am
By Staff Reporter
Kaizer Chiefs have travelled to Polokwane without five members of their first team for the upcoming DStv Premiership clash with Tshakhuma Tsha Madzivhandila.
Chiefs are on the road once again following their return from a 2-2 draw with Bloemfontein Celtic on Saturday, with an assignment against Nedbank Cup finalists TTM on Tuesday.
Amakhosi have confirmed several casualties from their clash in Bloemfontein, with coach Gavin Hunt also explaining the reason behind some of his substitutions.
"The first one, Daniel [Akpeyi] got a hell of a bang on his head, so that's obviously a concussion, and then Tower [Mathoho] has done something – groin, I'm not sure – but he couldn't carry on after 30 minutes," explained Hunt.

The likes of Rakhale and Ndengane, previously involved for Orlando Pirates in Soweto derbies against Amakhosi, may be especially fired up for Tuesday’s game in the Limpopo Province.
Ndengane, a big, tough-tackling central defender, has proved an excellent acquisition for TTM. Not only does he bring stature and aerial presence to the rearguard, but he also knows how to get on the score sheet himself.
He has scored four goals in league and cup for the Nedbank Cup finalists and was on target last weekend in the 2-1 defeat to Black Leopards.
In what could be a tense and cagey match on Tuesday between two inconsistent sides, don’t bet against Ndengane popping up to score from a corner or free-kick.

DStv Premiership run-in | Mamelodi Sundowns hold all the aces, but AmaZulu hot on their heels

Steve Komphela and Manqoba Mngqithi (Gallo Images)
This past weekend's DStv Premiership results have opened two clear title races lanes, that of Mamelodi Sundowns and AmaZulu.
Sundowns waltzed past Orlando Pirates on Sunday to re-establish their lead while AmaZulu saw off Golden Arrows on Saturday.
Golden Arrows are further off the pace in third, but can't be discounted.
AmaZulu and to an extent, Golden Arrows have ensured Mamelodi Sundowns' title defence will not be unchecked.
The trio-coached Sundowns have two games in hand over the second and third-placed Durban teams, but they only have one point to play with when it comes to AmaZulu and eight with Golden Arrows. 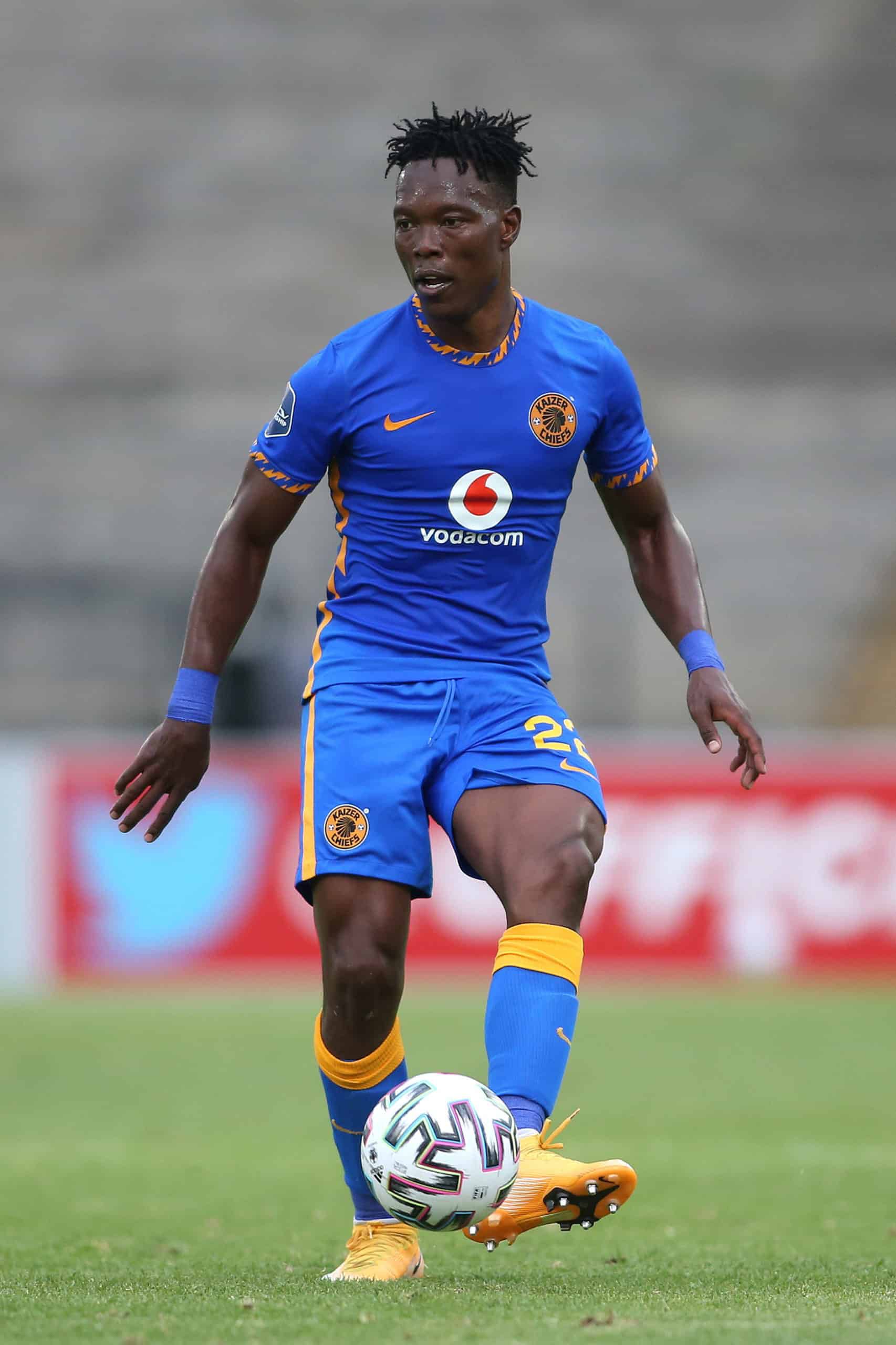 Gavin Hunt: You have to have the mentality 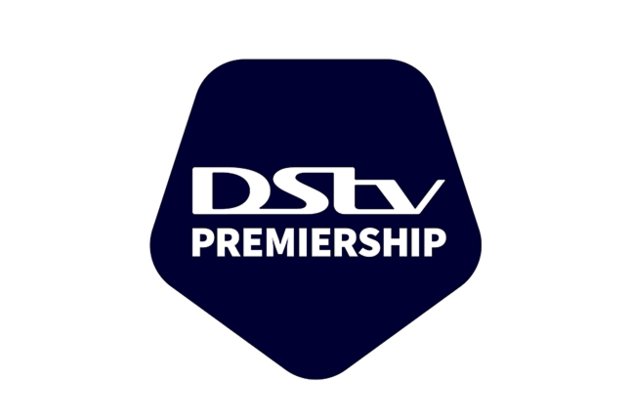 Kaizer Chiefs have set an ambitious target of winning the CAF Champions League, according to Marketing Director Jessica Motaung.
Chiefs advanced to the knockout stage of the Champions League after ousting Guinea Ligue 1 giants Horoya AC to runners-up spot, which set up a tantalising tie against Group A winners Simba Sports Club.
The Tanzania Premier League champions pipped Pitso Mosimane's Al Ahly to win their group and as one of the most supported clubs in Africa - the tie looks set to be one of the most high-profile fixtures amongst the continent's elite.
While head coach Gavin Hunt admitted it's a tough draw for Amakhosi, Motaung expressed the club's excitement of their historic journey thus far and stated winning the competition is a challenge they relish.

“Simba are doing very well since the arrival of coach Didier Gomes Da Rosa and Milton Nienov, their goalkeeper coach, they have a stronger team than last season and a fantastic bench and playing a good brand of soccer,” Eymael told
Goal on Monday.
“With Chiefs, I don’t know…they are not regular…one day they are playing, one day they are doing a counter-performance, they have to be in good shape if they want to beat Simba and qualify.”
Eymael, who has also handled Free State Stars in South Africa, has further said Chiefs also have quality players to trouble Simba in the first leg but they must be ready for a tough game when they travel to Tanzania.

On Saturday against Celtic at the Dr Molemela Stadium it was the turn of Siyabonga Ngezana, who recklessly brought down Tebogo Potsane, which led to Victor Letsoalo scoring from the spot to level the match at 2-2. Making it worse was that midfielder Njabulo Blom had been in a position to cover, so Ngezana should not have committed to the awkward challenge in the first place.
Even for Celtic's first goal, several Amakhosi defenders had been found wanting as the hosts sliced through the centre of the Chiefs defence before Neo Maema scored.
Meanwhile, in Pirates' match against Sundowns in Orlando on Sunday, their defensive frailties were shown up once more.

"I am seeing Simba making it to the finals of the Caf Champions League for the first time in Tanzania's history. It will be very interesting to narrate history to grandchildren."
The Tanzanian champions will travel south for the first leg tie that is expected to be played on May 14 or 15 before the second leg encounter at home on May 21 or 22.
Simba had an impressive run in the group stage and topped a tough pool that included African champions Al Ahly, AS Vita Club of the Democratic Republic of the Congo, and Al Merrikh of Sudan.
They finished the group engagements with four wins, one defeat, and a draw, and topped the pool with 13 points, two more than the reigning champions, the Red Devils.