John geddert : Live Updates Every Minute from 25K+ News Agencies Across the Globe 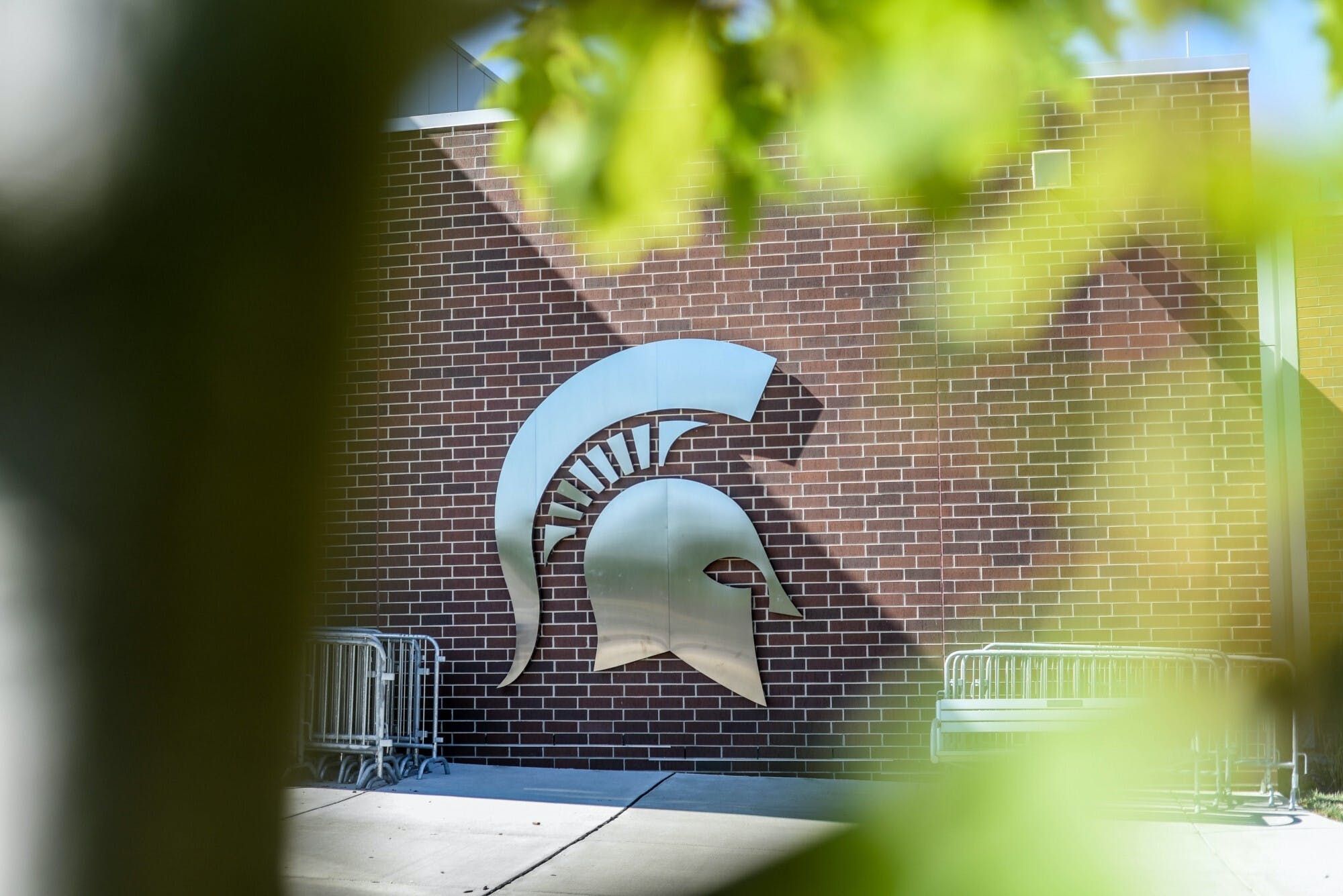 Behind the Gaetz scandal, there's a bigger issue: Most states have loopholes that let men exploit teenage girls

Behind the Gaetz scandal, there’s a bigger issue: Most states have loopholes that let men exploit teenage girls
Amber Lusvardi
© Marta Lavandier/AP
Rep. Matt Gaetz (R-Fla.) speaks at a “Women for America First” event Friday in Doral, Fla.
Rep. Matt Gaetz’s alleged sexual relationship with a 17-year-old girl, in which he is said to have paid to have her travel with him across state lines, is being investigated by the Justice Department. News outlets are focusing on how this scandal could affect a member of Congress. But there’s another urgent question: How often are teenage girls caught in such relationships, consensual or otherwise — and how well does the United States protect them from exploitation?

My first love was toxic and abusive and began at ground zero of a pedophile scandal: Child gymnast
I endured Larry Nassar, John Geddert and the terrifying culture of youth gymnastics. Some days I am strong. But every day I am surviving.
Trinea Gonczar
Opinion contributor
"Once a gymnast, always a gymnast,” they say. I hold that close to my heart. From the time I was 8 to when I turned 17, I trained on “the team," an extremely competitive, handpicked group of elite gymnasts who represented the Great Lakes Gymnastics Club in Lansing, Michigan.
Parents would drive from hours away and spend nights in hotels, or with other families, in order to have their gymnasts practice there with John Geddert, the legendary coach who would lead the USA Women’s Gymnastic Team to a gold medal at the 2012 Olympics. In the early 1990s, after he had a falling out with the owners of Great Lakes Gymnastics Club, most of those parents would follow John to his newly formed Twistars Gymnastics Club, where their daughters were treated by a medical student named Larry Nassar.

Jordyn Wieber survived abuse, and is now out to change gymnastics culture

Jordyn Wieber survived abuse, and is now out to change gymnastics culture
play
Arkansas gymnastics' Wieber on her coaching style (1:42)
Jordyn Wieber shares what she's learned in her first two years on the job, her relationship with her mentor Valorie Kondos Field and how she navigated the pandemic. (1:42)
BEFORE HER TEAM'S rotation on balance beam at their final home meet of the regular season, University of Arkansas head coach Jordyn Wieber gathers her gymnasts for a huddle. She asks them to take a collective deep breath, calm their energy and focus on the start and finish of each skill. She reminds them they are ready and resilient. As she speaks, a black face mask obscures all but her dark, expressive eyes.

© Getty Images
The California Supreme Court on Thursday ruled that USA Taekwondo and other national sports governing bodies could be held legally responsible for protecting their athletes from abuse.
The decision came over a lawsuit brought by three aspiring female Olympic taekwondo athletes who accused their coach of sexually abusing them for years while they were minors.
On Thursday, the California high court upheld a lower court ruling that found that the U.S. Olympic and Paralympic Committee did not necessarily have an inherent legal responsibility to protect athletes because they were not close enough to them or their coaches.

Photo by Patricia O’Blenes
Free training aims to reduce opioid overdoses during pandemic
Recovery Support Assistant Amanda Choma, of Waterford, explains how to use Narcan nasal spray.
Photo by Patricia O’Blenes
Advertisement
ROYAL OAK — The Alliance of Coalitions for Healthy Communities is taking the fight against opioid overdoses to the streets with free curbside Narcan training.
While overdose deaths are on the rise during the COVID-19 pandemic, awareness of the issue and an empathetic approach, combined with training, can help save lives.
On March 12, the alliance co-hosted a free curbside training event at the Royal Oak-based Foundations Recovery Network, 117 W. Third St., west of Main Street. It was part of a series, with the next free training scheduled from noon to 2 p.m. April 2 at CNS Healthcare, 1841 N. Perry St. in Pontiac.

EAST LANSING —  East Lansing City Council is urging Michigan State University to release more than 6,000 documents related to the university's handling of serial sexual abuser and former MSU employee Larry Nassar.
City Council made the request via a non-binding resolution approved Tuesday night. The council does not have the power to force release of the documents, but the unanimous vote was an attempt to create public pressure in the city where MSU is located.
The Michigan Attorney General's office has repeatedly requested the documents as part of its investigation into MSU's role in the scandal. MSU trustees have declined to release the records, however, calling them subject to attorney-client privilege.

Sarah Klein Family
Monsters like John Geddert and Larry Nassar do not just appear out of nowhere, argues survivor Sarah Klein.
Klein calls for an independent investigation of USAG and the USOPC by federal law enforcement.
Klein is a survivor, an advocate, and an attorney representing survivors of sexual abuse.
For more than a decade, the two most important and formative men in my life were my gymnastics coach, John Geddert, and my athletic trainer-turned-doctor, Larry Nassar. Today, Geddert is dead by suicide and Nassar is spending the rest of his life in prison. Both abused me and hundreds of other little girls. 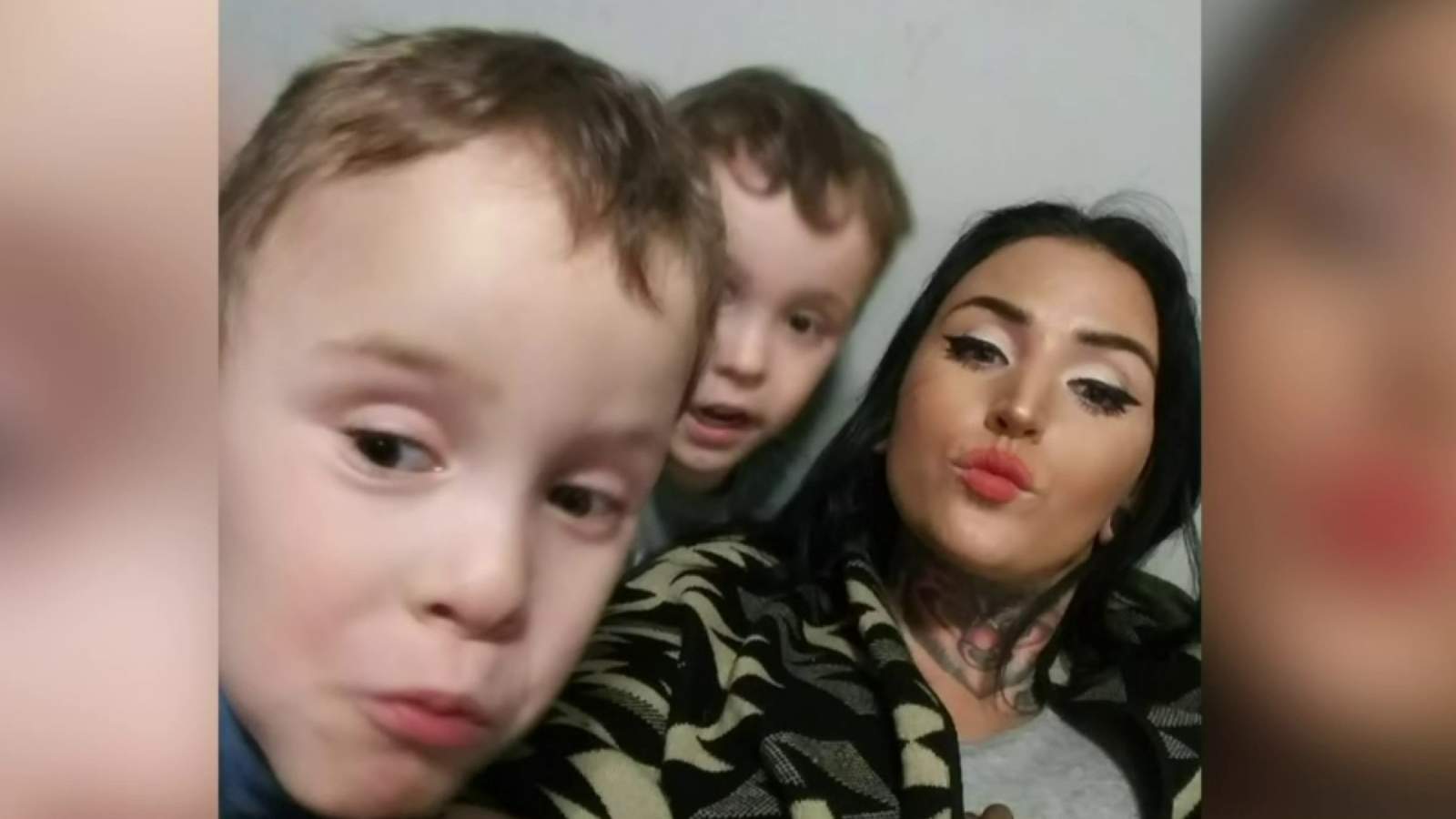 Tumbling and "the talk" now part of gymnastics, says Raisman

By Steve Keating (Reuters) - For young gymnasts heading to summer camp it is no longer just fun and games - it also means having "the talk", said thre...

The trans threat (again)
Trans women aren’t the ones cis women need protection from
Do you remember back in 2015 and then again 2017 how our children were in peril? How they, especially the girls, needed to be “protected” from predators? And how, apparently, the best way to do that was to ban transgender women from public restrooms?
Never mind that this wasn’t actually a problem then, any more than it is now. This was so “important” that it merited a special session of the Texas Legislature. Thank goodness more than 3,000 Texas businesses rallied to sanity’s defense and discouraged passage of this damaging — yet potentially hilarious — piece of legislation from passing.

The state of the movement: MeToo - StarTribune.com 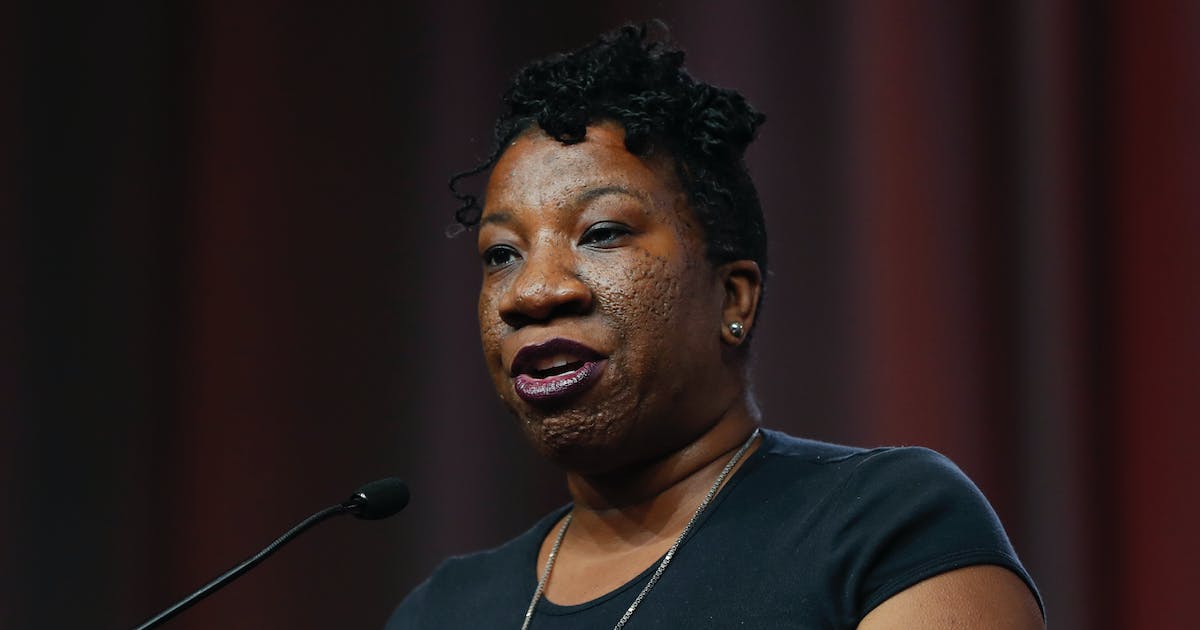 The state of the movement: MeToo
One week's news reveals revolutionary strength.
By Virginia Heffernan
Los Angeles Times
March 8, 2021 — 11:12am
Text size
Copy shortlink:
Movements are not trending topics. They're not celebrity scandals that excite the mediasphere like brush fires. They are paradigm shifts, and they do their work through legislation, court proceedings, disciplinary measures and the evolution of social hierarchies, political power and the allocation of capital.
In 2006, when Twitter hashtags didn't exist, the activist Tarana Burke coined MeToo to promote solidarity among survivors of sexual violence, especially women of color. Her term succinctly described a formidable campaign far more powerfully than "fight the patriarchy" does. Patriarchy describes the rigid top of a power structure; MeToo describes a dynamic grassroots threat to it.

John Geddert Died By Suicide Just Ahead Of Planned Surrender

Former USA Olympic gymnastics coach John Geddert died by suicide next to a rest stop dumpster just before he was scheduled to surrender to authorities, according to a new report.
Michigan Attorney General Dana Nessel confirmed Geddert, 63, died by suicide on Feb. 25 hours after a criminal complaint, which included human trafficking, forced labor, and sexual assault charges, had been filed against him in court.
“This is a tragic end to a tragic story for everyone involved,” Nessel said in a statement.
Kelly Rossman-McKinney, a spokeswoman for the attorney general’s office, told ESPN that they had “no indication” that the coach had planned to flee or hurt himself.

Column: One week's news reveals the revolutionary strength of the Me Too movement 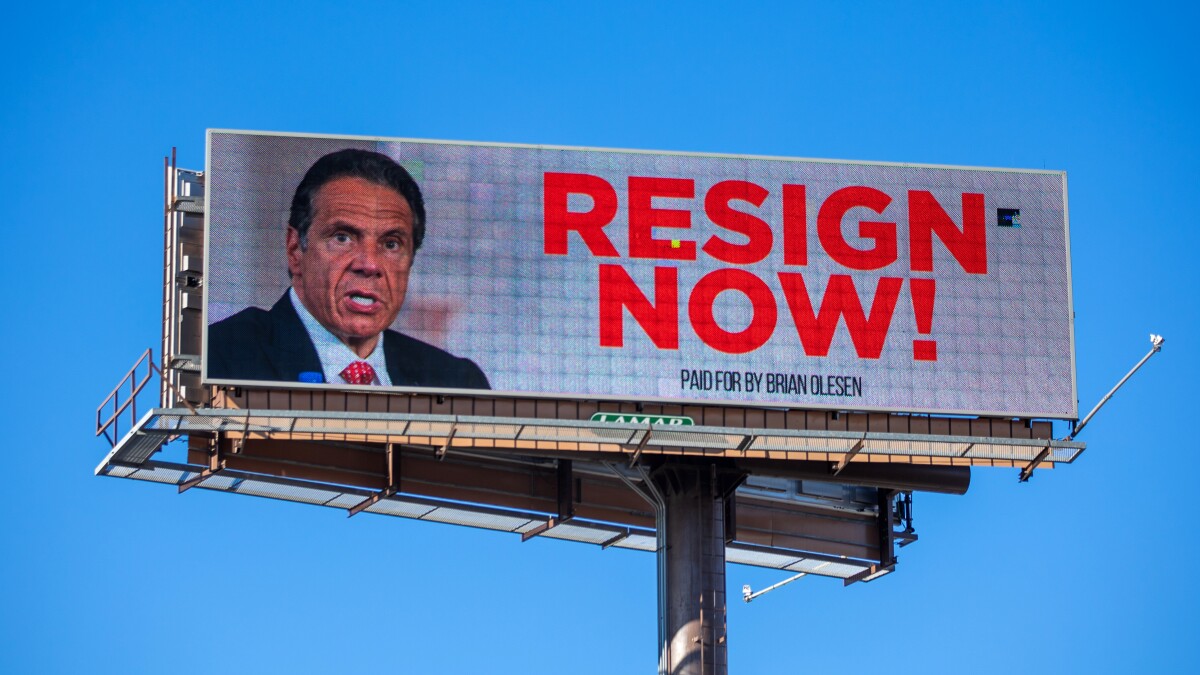 Movements are not trending topics. They’re not celebrity scandals that excite the mediasphere like brush fires. They are paradigm shifts, and they do their work through legislation, court proceedings, disciplinary measures and the evolution of social hierarchies, political power and the allocation of capital.
In 2006, when Twitter hashtags didn’t exist, the activist Tarana Burke coined Me Too to promote solidarity among survivors of sexual violence, especially women of color. Her term succinctly described a formidable campaign far more powerfully than “fight the patriarchy” does. Patriarchy describes the rigid top of a power structure; Me Too describes a dynamic grass-roots threat to it. 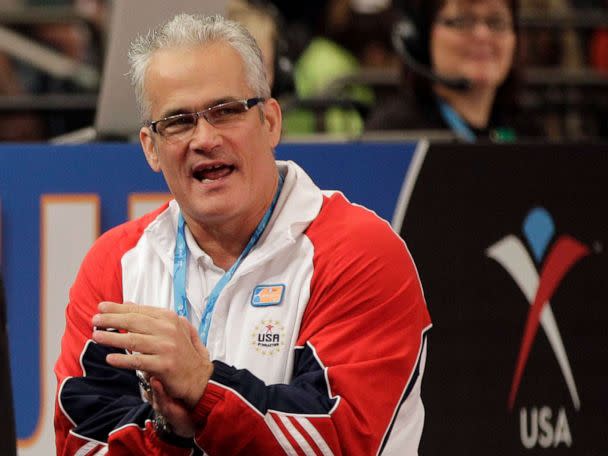 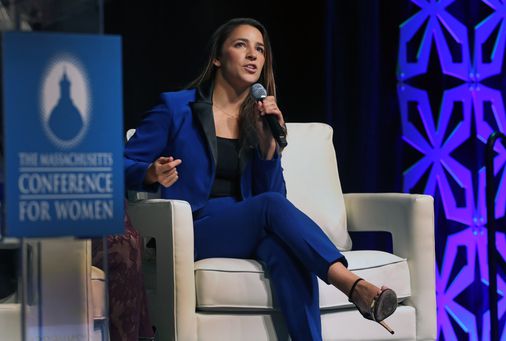 The Broadmoor Community Church Foundation has issued a challenge to faith-based organizations and others to increase donations of food and money to nonprofit organization Westside CARES, in light of increased

Three years ago, sports physician Dr. Larry Nassar was sentenced to up to 175 years in prison for decades of abuse. 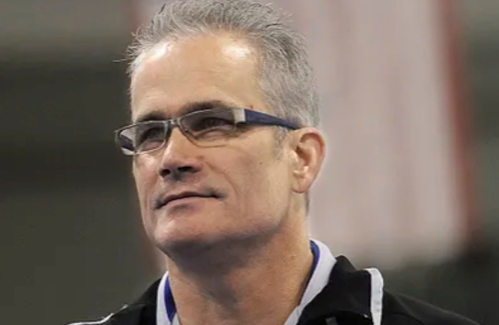 The human trafficking case brought against a former U.S. Olympics women’s gymnastics coach hours before he killed himself could signal a new approach to policing a sport already dogged by a far-reaching sexual abuse scandal involving a one-time team...

The leading Democrats vying for their party’s presidential nomination clashed over the critical issue of health care while offering starkly contrasting visions for the nation’s ideological direction before thousands of cheering Iowa activists at a raucous event kicking off the three-month sprint to the first-in-the-nation caucuses. Former Vice President Joe Biden opened the state Democratic Party’s marquee annual fundraiser, the...
China
Oct 13, 2019
Everyone counts Simone Biles’ medals except Simone Biles. Winning her 24th and 25th world championship medals in beam and floor Sunday put the United States gymnast top of the all-time medal charts for the championships. Biles won five gold medals this week. If she can repeat that at next year’s Olympics it would be a feat no female gymnast has...

'I do not feel closure': Woman who accused Olympics coach Geddert of sexual assault speaks out after his death 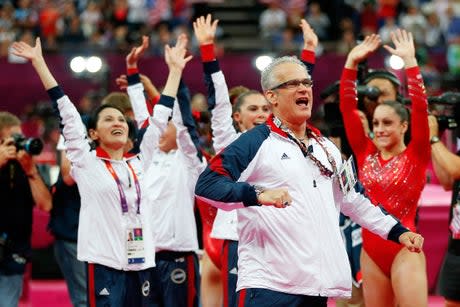 He 'controlled everything they did': Why rare trafficking charges were used in Geddert case

18:27
Stateside's conversation with Dan Murphy about John Geddert. This segment aired Friday, February 26, 2021.
Former U.S. Olympic women's gymnastics coach John Geddert died by suicide Thursday, the Michigan Attorney General’s Office has confirmed.
Geddert was charged with 24 felony counts earlier in the day.
The Michigan State Police have released a statement saying Geddert’s body was located by troopers at the rest area on EB I-96 in Clinton County at 3:24 pm. The investigation is ongoing.
Attorney General Dana Nessel said in a statement, “My office has been notified that the body of John Geddert was found late this afternoon after taking his own life. This is a tragic end to a tragic story for everyone involved.”

Us Olympic And Paralympic Committee