With sparkly crown atop helmet, biking bat mitzvah girl goes all in for Alyn 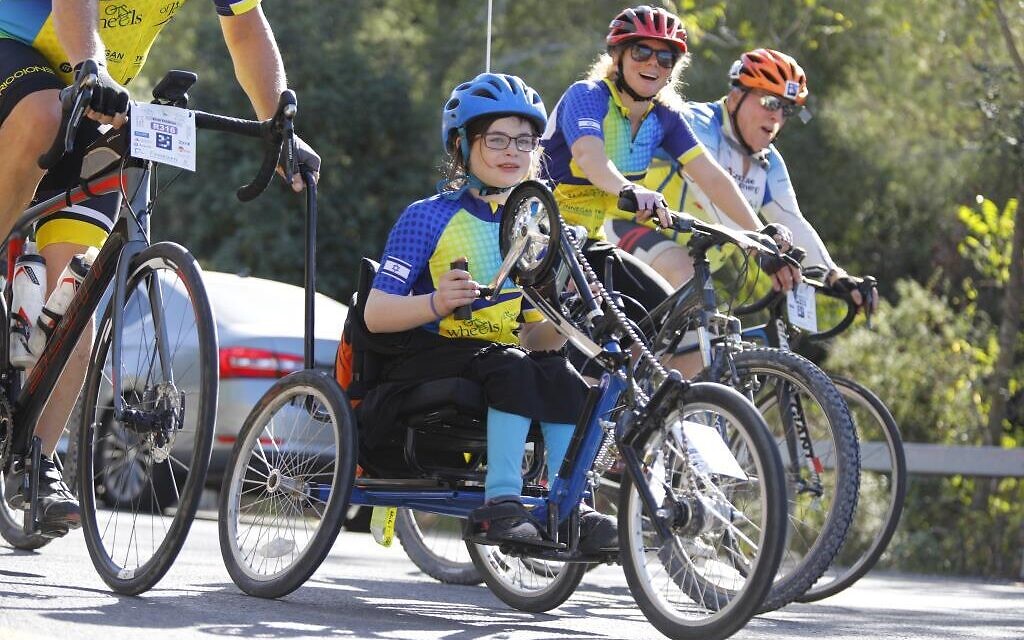 Jessica Steinberg covers the Sabra scene from south to north and back to the center.
Meital Weiss, a paraplegic and regular rider in the annual Alyn bike ride, November 10-14, 2019 (Courtesy Atara Weiss)
When Meital Weiss gets on her handbike on Tuesday, it will be her third time riding in the 20th Wheels of Love Alyn fundraising bike ride. But she’ll probably be the only rider wearing a sparkly crown decorated with the number 12, in honor of her upcoming birthday in three weeks.
Her parents, Dubi and Atara Weiss, are riding too, dedicating the effort in honor of Meital’s bat mitzvah, which will take place in December.